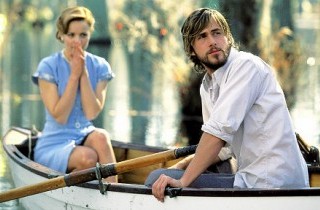 I’ve been a staunch fan of touching romance, The Notebook since its 2004 release, so it’s with deep regret that I say the movie has been ruined for me by director Nick Cassavetes, who just said the “love who you want” attitude toward gay marriage should also apply to incest. Noah and Allie would agree he just didn’t have to go there when discussing his latest entertainment project.

Speaking to The Wrap about his new film Yellow, which follows the life of a troubled woman who has had an affair with her brother, Cassavetes said:

“I have no experience with incest…You know what? This whole movie is about judgment, and lack of it, and doing what you want. Who gives a sh-t if people judge you? I’m not saying this is an absolute but in a way, if you’re not having kids – who gives a damn? Love who you want. Isn’t that what we say? Gay marriage – love who you want? If it’s your brother or sister it’s super-weird, but if you look at it, you’re not hurting anybody except every single person who freaks out because you’re in love with one another.”

Nobody’s relationship is my business, but I find fault with those who bring children into the mix. They can say they won’t reproduce, but this isn’t always preventable, and what happens if the offspring enters the world with a host of birth defects? Besides, I don’t foresee a lot of people trying to mainstream incest or treat it like same-sex relationships anytime soon.