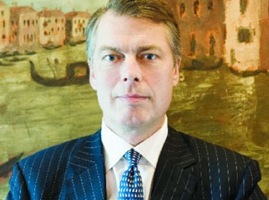 Reviewing Mediaite’s Power Grid ranking of the top Print and Online Columnists is like looking at the modern day Journalistic Hall of Fame. Familiar bylines – from business models old and new – peacefully coexist next to one another: Krugman and Kruathammer pleasantly reside in the same canon as Huffington and Hitchens. But one of these things is not like the other: NY Post columnist Richard Johnson. His Page Six column has not only redefined “gossip” in the new millennium, but he may also be one of the most influential and underrated media critics of our time.

There was a time in the not-so-distant past in which many in media would derisively sniff at the specter of “tabloid journalism” and how it was the bane of our collective existence. But in the last decade or so, something strange happened – “gossip” became more than just an accepted term, it became a guiding principle for blogs, television shows and weekly magazines.

Of course, there are still plenty of examples of that practice performed horribly wrong, and there are good reasons to shy away from a celebrity-obsessed culture, but more than anything else, “gossip” reminded writers that it was important to have fun with its topics; that low-brow and high-brow aren’t necessarily mutually exclusive. It didn’t hurt that it also became commercially viable (see Bonnie Fuller at US Weekly or Michael Hirschorn at VH1.)

Richard Johnson: I like to think that Page Six has removed the stain from the word “gossip” and the negative connotations from “gossip columnist.” When people ask me, I tell them I’m a gossip columnist, or the editor of a gossip column. It’s easier than using euphemisms.

If one is to look back at the early stages of this decade-long trend, one would most likely come to the influence of Page Six under Richard Johnson. Not only do media players obsess with any bold name mentions in the oft-quoted section of the NY Post, but it also has become a strange arbiter of larger media rivalries, played out in the ink-stained hands of New York’s media elite each morning on their morning commute to produce television, edit or write magazines or blog from home.

Johnson is a well-known figure in the media landscape, and for a gossip columnist, is held in very high regard in media circles (who are often also the subjects on which he writes).  New York gossip veteran (and founder of GossipCop) Michael Lewittes says of Johnson, “In a time when celebrity journalism has devolved into a game of free-for-all, Richard Johnson still treats it as a gentleman’s sport, and one he enjoys winning.” Johnson may have helped create a new form of news coverage, but he still plays by old-school rules. Lewittes continues “Richard’s strict adherence to playing by the rules is why, after all these years, when other’s jerseys have been retired, he’s still standing on the field.”

As is often the case, we sometimes take for granted those most familiar to us. And I would argue that there is no other column out there more familiar (and voraciously consumed each morning) than Page Six. We interviewed Johnson via email, the exchange is below:

Mediaite: There was a day when “gossip columnists” and tabloid journalism seemed to be disparaging terms — not so much any more. How do you define your type of journalism?

Richard Johnson: I like to think that Page Six has removed the stain from the word “gossip” and the negative connotations from “gossip columnist.” When people ask me, I tell them I’m a gossip columnist, or the editor of a gossip column. It’s easier than using euphemisms.

Most “journalists” who try their hands at gossip quickly discover that it is more work filling a column every day that writing an article once a week, or once a month. They also learn how stressful it is working on three or four stories at a time. They also learn how hard it is to deal with publicists who often lie. If you are afraid to get into a screaming match, you shouldn’t be in this business.

Mediaite: What’s your typical day or week look like – or put another way – how much do you cover yourself and how much do you rely on your staff or stringers for coverage?

Johnson: I go out two or three times a week, not as much as I used to, and I don’t stay out late as I did as a young man. I leave the nightclubs to my three staffers, who are all highly social, single, and well-connected. We don’t use stringers, just sources.

The celebrity/media news business that you are a part of seems rather volatile – lots of bold-faced bylines have come and gone. But your spot at the top of Page 6 remains. What’s your secret to persistence and longevity?

I keep doing this year after year mainly because I can’t figure out anything better to do. I always say, this is the best job in the world.

Are there active rivalries between you and your competitors? Who do you hold in the highest esteem? Lowest?

Johnson:I keep a list of the rival columnists I have survived. I’ve had feuds with quite a few while we were in the heat of battle, but now they are among my best sources. As for whom I admire? Shinan Govani in Toronto. Norm Clark in Las Vegas. Barry Levine at the National Enquirer. Michael Fleming on the movie beat. Taki Theodoracopulos in London, Gstaad and St. Tropez. I have very little respect for Perez Hilton, who is vulgar, mean-spirited and a thief (for posting photos he has no rights to.)

Do the most influential media figures still like to pretend they don’t read Page Six?

Johnson: Most people are polite enough, that if they don’t read Page Six, they don’t announce it to my face. I’m sure they are out there, blissfully ignorant.

Can you share any story about a bold face name who got angry at you?

Johnson:Mickey Rourke wanted my home address once so his boys could hurt (or kill) me. We’re friends now. William Morris agent Ed Limato threw a martini in my face. I still look forward to dancing on his grave.