‘The President Has Made It Clear’: Twitter Noticed Sean Spicer’s Verbal Tic at WH Briefing

‘The President Has Made It Clear’: Twitter Noticed Sean Spicer’s Verbal Tic at WH Briefing 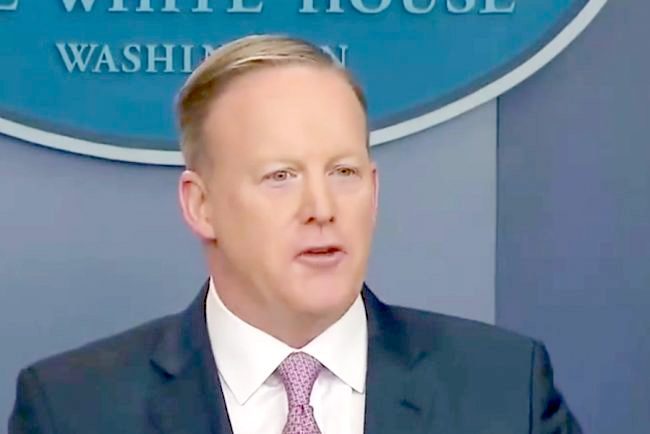 If Monday’s first full White House press briefing is any indication, it looks like press secretary Sean Spicer has a go-to phrase.

According to the media monitoring service TVEyes, Spicer used some form of the phrase “The President has made it clear” on 13 different occasions during his Monday briefing.

The verbal tic was particularly noticeable during the early portion of the briefing. In the first 12 minutes of questioning, Spicer dropped the phrase six times.

I don’t think “has been very, very clear” means what Mr. Spicer thinks it does.

If Spicer says “I think Donald Trump has been really really clear” one more time….

I lost count of how many times Sean Spicer said, “the president made it very clear…” Whatever it was, he probably didn’t????

If I were to drink every time Spicer has said “he was very clear,” I’d be WASTED. Maybe then it would be clear…

It’s quite possible that Spicer has said “the President has been very clear” more times than there were people at DT’s inauguration.

@cnn Sean Spicer says the president has made everything clear why are you here then?

Indeed, Twitter users have made it clear that they’re going to catch these types of things from Sean Spicer going forward.