The Rapture Is Now Set For Oct. 21; Harold Camping Relevant For One More Week 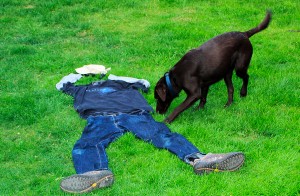 Back in the spring, doomsday soothsayer Harold Camping had told the world that the Rapture would occur on May 21. Billboards were erected across the country, a buzz generated over the prediction, and Camping became a bit of a celebrity. The date came and went without much incident (outside of some awesome mock photographs and a wonderfully spot-on piece of pop art). But Camping wasn’t content to just give an “Oops” and move on. He told the world that he miscalculated — he had two previous miscalculations in 1992 and 1994 — and the actual date of the Rapture was really October 21. One week from today.

This time around, however, it’s not as much fun to paint Camping, 90, as a kooky old man, as he suffered a stroke in June and just recently was released from a nursing home and rehab facility. Plus, the media presence is nowhere near where it was earlier this year, so bringing it up just to mock Camping seems almost mean. It’s one thing to have painted him as a dottering old man with his silly doomsday prophecy in May, but it kind of pulls at the heartstrings to make fun of him now, especially since most people have forgotten about the new date anyway. On his Family Radio website, there’s an audio greeting from Camping, explaining how he is coming along with rehab from the stroke: “I am now able to live with my dear wife at home, and that has been very, very comforting and very happy for me.” His language is also toned down. He says that the rapture will “probably” be happening on the Oct. 21 date. “That looks like it will be, at this point, the final end of everything,” Camping says. You can almost hear him shrugging through the audio.

Camping’s latest prediction has a fun quasi-political twist, too. Pastor Robert Jeffress, who called Mormonism a cult last weekend, talked to The Christian Post about Camping’s predictions and blamed Camping for being an alarmist. “I think he is doing Christianity and non-Christians both a great disservice,” Jeffress told Herbert Pinnock. “This is like the boy who cried wolf so many times… I think by Harold Camping continually making these ridiculous prophecies, he is making unbelievers immune to the truth of the true message of Christ and helping make them unprepared for when Christ truly does return.”