The Weekly Standard Is Absolutely Wrong About Drug Legalization 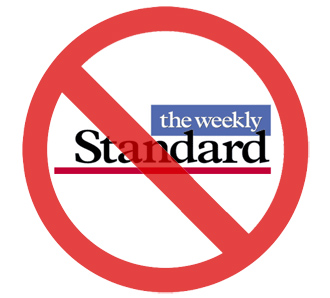 In the May 7th issue of The Weekly Standard, former Bush Drug Czar John P. Walters goes after the advocates who’ve begun the call for legalized drugs, in an article entitled “Legalized Drugs: Dumber Than You May Think.”

Now one would expect the former Drug Czar speaks with authority on this issue, and his entire argument should be trusted; but, alas, much of Walters’ article drips with condescension, is full of sweeping generalizations, misrepresentation of data, and blatant falsehoods.

Walters contends that it is a lie that the drug war has failed. He claims that because drug use and drug crime have both declined in the last 40 years, then government’s crackdowns have worked. But actually, drug use is about the same. Marijuana data shows that use is down in some categories, up in others. The pattern is similar for other drugs. That’s generally considered evidence of ineffectiveness…not a sweeping victory.

But of course a former government official would think his policies are a sweeping success. Otherwise there’d be no reason for him to have ever worked there.

Walters continues on to claim that legalization would dramatically increase drug addiction:

To destroy the criminal market, legalization would have to include a massive price cut, dramatically stimulating use and addiction. Legalization advocates typically ignore the science. Risk varies a bit, but all of us and a variety of other living things​—​monkeys, rats, and mice​—​can become addicted if exposed to addictive substances in sufficient concentrations, frequently enough, and over a sufficient amount of time. It is beyond question that more people using drugs, more frequently, will result in more addiction

We “ignore the science” about addiction? Unsurprisingly, it is Walters who ignores the science.

According to the government’s National Survey on Drug Use & Health, most people who try hard drugs give it up. Nearly 4 million people report to have tried heroin before, but only 213,000 are regular users. That’s about 5%. Same rate for crack cocaine use. For meth, the percentage is even smaller.

Walters also ignores the laws of economics. Demand for hard drugs like heroin is what economists call “inelastic.” Even if the price decreases dramatically, the demand will not increase dramatically. There may be an increase in use, but only on the margins. In other words: most of us have absolutely no interest in trying heroin. And even a dramatic price decrease won’t make us suddenly all crave that good junk.

And our own government says that nicotine is more addictive than heroin. So then, as my former boss John Stossel often asks: “Why do we have Colombian drug gangs, but there are no Marlboro gangs; no wine traffickers; no beer cartels?” Because drug laws create the crime.

Walters also misleads readers about international efforts to decriminalize. He claims that “the newest example for legalization advocates is Portugal, but as time passes the evidence there grows of rising crime, blood-borne disease, and drug usage.”

Contrary to Walters’ claims, studies have shown that since decriminalizing all drugs in 2001, Portuguese drug use has remained about the same, youth drug use is down, and problematic use is down. Drug-related deaths have decreased 28% from 1999. Last year, Joao Figueira, the Chief Inspector of Lisbon’s drug unit told Fox News that because of Portugal’s decriminalization, “the level of conflicts on the street are reduced, drug-related robberies are reduced.”

Walters then claims that we should ignore the calls from Latin American leaders to legalize as a means to weaken the cartels:

Yes, the cartels and violent gangs gain money from the drug trade, but they engage in the full range of criminal activities​—​murder for hire, human trafficking, bank robbery, protection rackets, car theft, and kidnapping, among others. They seek to control areas and rule with organized criminal force. This is not a new phenomenon, and legalizing drugs will not stop it.

Are you kidding me? No sane advocate thinks that drug legalization would completely end the powerful cartels. What it would do is take drug sales (a non-violent crime) out of their hands, so that officials can focus on policing the actual crimes he listed.

Walters probably applauds the international efforts to crack down on the drug trade, and I imagine he’d cite the United States’ funding of narcotics police in Colombia, who sprayed growing fields with herbicides and claimed success in slowing the trade there. But as many have pointed out, all we did was “squeeze the balloon.” The drug trade we slowed in Colombia simply moved across the border to Peru, and eventually to Mexico. Keep squeezing that balloon and applauding yourself, Mr. Walters.

Legalization advocates usually claim that alcohol prohibition caused organized crime in the United States and its repeal ended the threat. This is widely believed and utterly false. Criminal organizations existed before and after prohibition. Violent criminal organizations exist until they are destroyed by institutions of justice, by each other, or by authoritarian measures fueled by popular fear.

This is an entirely misleading representation of the facts, and of what legalization advocates claim. Everyone knows crime syndicates existed before and after prohibition. Gangs everywhere will always trade on illicit activities like robbery, racketeering, kidnapping, etc. But the prohibition of alcohol gave gangsters like Al Capone a great source of income, and created all kinds of new gangster “bootleggers.”

DOJ historical statistics show that alcohol prohibition coincided with a dramatic spike in homicides. In the final year of alcohol prohibition, the American homicide rate peaked at 9.7 per 100,000 people, and then fell off sharply once booze was legalized again.

In his final paragraph, Walters really shows himself to be a fool:

Irresponsible talk of legalization weakens public resolve against use and addiction. It attacks the moral clarity that supports responsible behavior and the strength of key institutions. Talk of legalization today has a real cost to our families and families in other places. The best remedy would be some thoughtful reflection on the drug problem and what we say about it.

Yes, folks, he really claims that even just talking about legalizing drugs is irresponsible. And he wants to banish us to the corner to think about what we’ve done.

Nice try, Mr. Walters, but we really do not need you to protect us from ourselves.