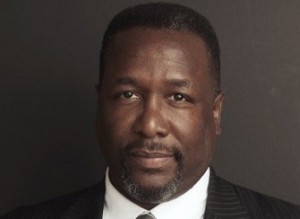 Online media outlets rushed to publish unconfirmed details about the weekend arrest of activist and actor Wendell Pierce over an alleged fight with Bernie Sanders supporters, but two days later, at least both sides of the story are now coming to light. Most early, practically-unsourced reporting posed Pierce, a Hillary Clinton backer, as the aggressor who attacked a woman who supports Bernie Sanders. Pierce responded with a series of tweets late Monday night:

I regret that what started as a civil political discussion escalated to the level that it did. (1/3)

Although what has been reported thus far differs in important respects from what actually occurred, (2/3)

I have confidence that the judicial process will work as it should. (3/3)

According to the now-released police report, Pierce told police that it was the Bernie Sanders supporters who attacked him, trying to pull them into his room, while the alleged victim says Pierce tried to force his way into their hotel room:

According to the police report, the victim said she and her two friends were sitting in the hallway on the 23rd floor when Pierce and his girlfriend walked out of an elevator.

“Both groups of parties began a conversation about politics, which got Mr. Pierce upset,” the responding officer wrote in a police report.

…The victim said Pierce began to push her, and she and her friends began to walk to their room. She told officers Pierce followed them to her room and stuck his arm in the door to make his way inside.

…”Mr. Pierce stated he followed them to their room and was standing outside when he was grabbed by (the victim) and her 2 friends who attempted to pull him in and he was trying to get away,” the police report said.