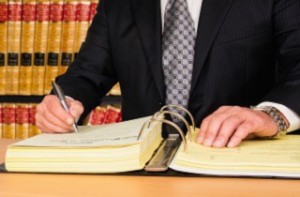 Page Six kicked off the unofficial start of summer with its always entertaining coverage of the powerful and famous behaving badly, except that today its subject is ​really ​neither powerful nor famous.

The column​ led with news of alleged​ly revolting​ behavior by an attorney few really know or care about — so it must have been really bad. Elliott Meisel, partner of Allen H. Brill in the somewhat obscure New York real-estate law firm Brill and Meisel, was accused in the tabloid of causing “an ugly scene by screaming at a ​Hamptons ​police officer” after he was issued a ticket for parking in a handicapped spot in tony Southampton.

According to the tabloid: “He continued to storm and scream for 20 minutes while the cop calmly called for backup and whipped out a camera to document it.” The paper, quoting an eyewitness, compared the guy to “a caged animal pacing back and forth, screaming and dropping F-bombs…​ It was amazing the officer didn’t arrest him.”

Meisel responded by blaming the officer who he described as “harassing people for a minor infraction.”
From a media perspective, what is interesting is that The Post, whose Page Six​, love it or hate it,​ is one of the most influential columns in the country (and whose editor is regularly on our list of most important media writers), g​ave​ such prominence to the conduct of a lawyer whose firm has been rated by US News and World Report nationally as a “third tier” firm. Simply put, who cares about Elliott Meisel (apart from the amusing way that Page Six positioned it)?

​I​t turns out I have had the misfortune of experiencing ​loutish ​behavior from his partner Allen Brill​ ​in the form of​ ​unpleasant​,​ and in my view unprofessional​,​ interactions — he’s​​ ​the attorney for my condo board​. ​But does anyone outside of lets say me​ and maybe ​​my neighbors​​ ​care that ​a lawyer from some random firm acts like a jackass?

Maybe ​I have become jaded because I’ve come to expect this sort of behavior from a small group of lawyers out there​. ​To those of us in the legal world, ​this sort of gossip can be fascinating, ​​particularly based on my personal experience with his partner. And​ yes holding someone​, anyone,​ accountable for this sort of ​response​ is ​amusing, maybe even ​admirable.

​But it serves as a reminder that even a not so “relevant” subject can leap into the headlines for the most ridiculous of reasons. ​

Meisel, a partner at Manhattan real-estate law firm Brill & Meisel, also allegedly threatened to poison or mow down 15,000 trees he says were illegally planted on a controversial Christmas tree farm in Sagaponack. . . he then stated ‘he would get a farm truck and run down all the f - - king trees.’ ‘Poison them’ or ‘burn them all.