This Exists: Changes In Earth’s Gravitational Pull Means We’re All A Different Zodiac Sign Than We Think 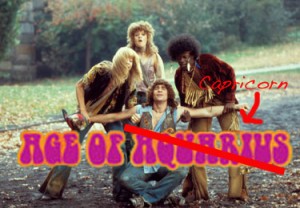 In one of my favorite stand-up routines by comedian Todd Barry (located at the 1:22 mark here), he talks about a woman in a bar who tries to decipher his personality from his Zodiac sign. When it turns out completely wrong, she accuses him of having his birthday mixed up. He then helpfully suggests that a more plausible explanation is that Astrology is a “load of sh*t.” Well, now it seems like they both could have been wrong.

You see, it turns out that the Earth has moved quite a bit since the ancient Babylonians created that calendar. That means that Astrologers’ readings have been off for hundreds of years. Of course, even with this new information, I don’t think we should completely discount the “load of sh*t” theoy.

Here’s how they explain it in the Star Tribune:

“The ancient Babylonians based zodiac signs on the constellation the sun was ‘in’ on the day a person was born. During the ensuing millenniums, the moon’s gravitational pull has made the Earth ‘wobble’ around its axis, creating about a one-month bump in the stars’ alignment.

‘When [astrologers] say that the sun is in Pisces, it’s really not in Pisces,’ said Parke Kunkle, a board member of the Minnesota Planetarium Society.”

That article also cites a Harris poll which said 31% of Americans believe is Astrology (although, when I looked it up, the poll I found actually had the number closer to 23). Whatever the number may be, I’m pretty sure at least half of them was made up of cute girls that I wanted to date in college. Seriously, I must have had offers to get my “real” horoscope like 10 times.

If only I had known this “gravitational wobble” stuff then, I could have totally…continued to not say anything and just nod politely.