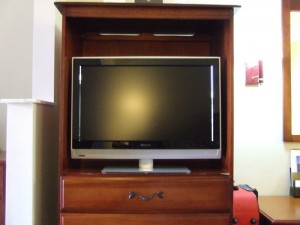 Two religious scholars, one Christian and one Muslim, are joining forces to speak out against the scourge of hotel pornography. They acknowledge that while it is profitable for the industry, they write in an open letter that it is the moral duty of hotels to take a stand and not profit from “the suffering, degradation, or corruption of others.” They argue that just because something is legal does not make it right, and as another example of this, the two men bring up the civil rights struggles of African-Americans in the 20th century.

Robert George and Shaykh Hamza Yusuf make it clear they are not calling for a boycott or trying to “limit [the] legal freedom” of hotels to distribute whatever they want, they just want them “to do what is right as a matter of conscience.”

We urge you to do away with pornography in your hotels because it is morally wrong to seek to profit from the suffering, degradation, or corruption of others. Some might say that you are simply honoring the free choices of your customers. However, you are doing much more than that. You are placing temptation in their path—temptation for the sake of profit. That is unjust.

But this is all just lead-in to the truly eyebrow-raising part of their letter, in which they compare pornography to civil rights.

Furthermore, we trust that you need no reminding of the fact that something’s being legal does not make it right. For example, denying black men and women and their families access to hotel rooms—and tables in restaurants, as well as other amenities and opportunities—was, for countless shameful years, perfectly legal. In some circumstances, it even made financial sense for hotel owners and operators in racist cultures to engage in segregationist practices even when not compelled by law to do so. However, this was deeply morally wrong. Shame on those who denied their brothers and sisters of color the equal treatment to which they were morally entitled. Shame on you if you hide behind legality to peddle immorality in the pursuit of money.