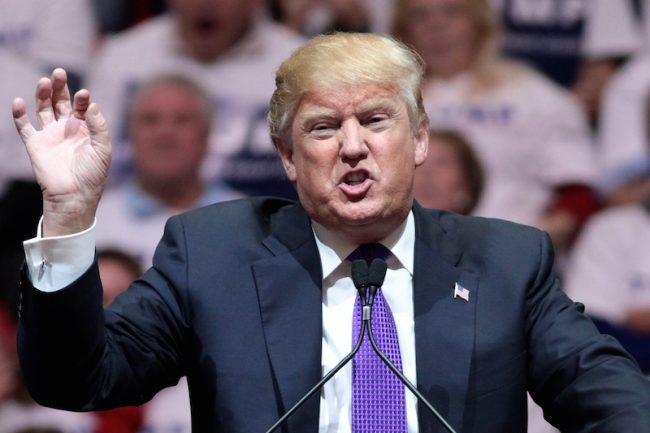 This morning while waking up at Mar-a-Lago, President Donald Trump grabbed his phone and furiously fired off a series of accusatory tweets about his predecessor.

Without citing any evidence, the president claimed that former President Barack Obama had phones at Trump Tower tapped prior to the election.

Terrible! Just found out that Obama had my "wires tapped" in Trump Tower just before the victory. Nothing found. This is McCarthyism!

Is it legal for a sitting President to be "wire tapping" a race for president prior to an election? Turned down by court earlier. A NEW LOW!

I'd bet a good lawyer could make a great case out of the fact that President Obama was tapping my phones in October, just prior to Election!

How low has President Obama gone to tapp my phones during the very sacred election process. This is Nixon/Watergate. Bad (or sick) guy!

So, where did Trump get this information or what inspired this series of tweets? Well, it seems that a Breitbart article published yesterday by Joel Pollak might be the genesis. Pollak’s piece highlighted a Mark Levin radio segment in which he outlined his belief that Obama had used “police state” tactics against Trump. Part of that included FISA requests submitted by the Obama administration to monitor communications.

Per the Washington Post, the Breitbart story “has been circulating among Trump’s senior staff, according to a White House official who described it as a useful catalogue of the Obama administration’s activities.”