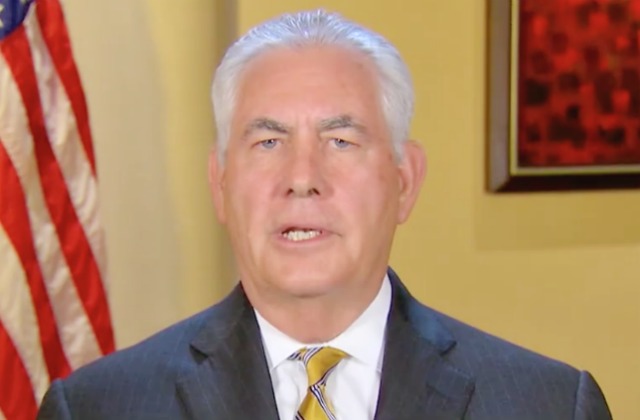 In fact, according to reporters at the briefing, Tillerson said Trump opened with it:

NEW: Sec. Tillerson says Putin, POTUS talked "interference in democratic processes" of US and other countries.

Russian Foreign Minister Sergey Lavrov separately said this to reporters after the meeting:

Trump accepted Putin's assurances that Russia didn't do any hacking in US election, Lavrov says, in separate briefing with Russian press.

UPDATE –– 2:01 pm ET: You can listen to the audio of Tillerson’s remarks below, via CNN:

At one point, the Secretary of State said, “What the two presidents––I think rightly––focused on is how to we move forward… Because it’s not clear to me that we will ever come to some agreed-upon resolution of that question between the two nations.”