Caitlyn Jenner‘s gender transition is, of course, a sensitive subject, and that’s why people weren’t too happy about a meme Timbaland posted after Jenner’s big Vanity Fair reveal come out.

This is the meme Timbaland posted, a variation on a line from the movie Coming to America: 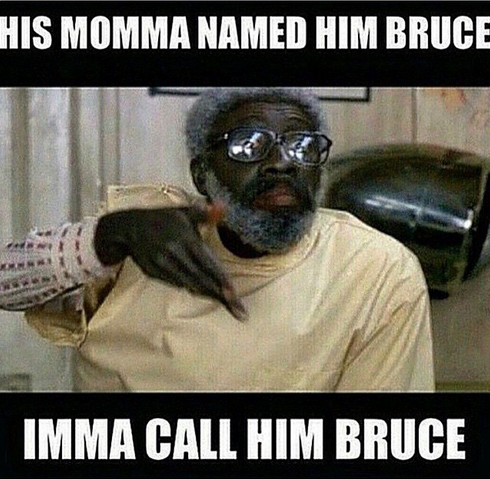 Well, lots of people didn’t really like the implication there, and Timbaland posted a series of tweets late yesterday explaining the context:

boy some of the media outlets have so many fooled. let me explain this cause i see they are putting up their own headlines to deceive

alot of you guys. this is what happen. i saw a meme post and repost it cause i seen the movie in the post and thought that part of the

movie was one of the funniest parts. and somebody decide to take out clay which was said in the movie and put bruce. thats it

i didnt make the meme that was posted or said publicly what the meme said. Man i find it funny you can take a something reposted and say

"Timbaland said" in the headlines. But nevertheless that is the story but i doubt they will post this. Not interesting enough for them.

i already stated i have nothing against him or anybody who have made that decision. i said that right after he did the interview. publicly