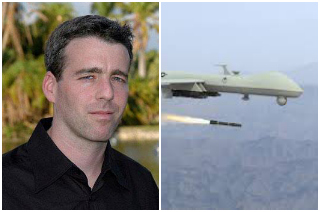 Time magazine journalist Michael Grunwald tweeted Saturday night that he was thrilled for the imminent assassination of Wikileaks founder Julian Assange, a tweet that was deleted just as quickly as it was condemned.

“I can’t wait to write a defense of the drone strike that takes out Julian Assange,” wrote Grunwald, a former investigative journalist for the Boston Globe and Washington Post, and now Time’s senior national correspondent:

The reaction was swift and unanimous:

Derp RT @MikeGrunwald: I can't wait to write a defense of the drone strike that takes out Julian Assange.

We have written to TIME magazine to ask for Michael Grunwald's resignation https://t.co/X8Rf3TN5MY

.@TIME must show that journalists calling for the murder of other journalists, or, indeed, anybody, is never acceptable. @TheTinaBeast

Grunwald deleted it the tweet after receiving numerous reciprocal threats, but not before his original comment was retweeted into posterity

Fair point. I'll delete. @rober1236Jua my main problem with this is it gives Assange supporters a nice safe persecution complex to hide in

And @MikeGrunwald didn't delete the tweet because he thinks it's wrong, but because it helps Assange supporters https://t.co/skTc6tsPWn

UPDATE 10:48 a.m.: A Time spokesperson wrote: “Michael Grunwald posted an offensive tweet from his personal Twitter account that is in no way representative of TIME’s views. He regrets having tweeted it, and he removed it from his feed.”