Tina Fey Is Annoyed with Internet ‘Culture of Demanding Apologies’: ‘I’m Opting Out’ 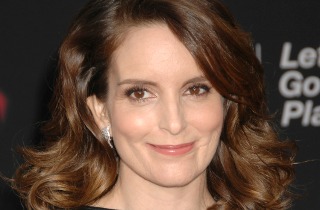 There’s lots of outrage about everything these days online, with demands for apologies left and right, and Tina Fey wants no part of it.

For background, Fey is one of the creators of the hit Netflix series Unbreakable Kimmy Schmidt, which is about a young woman who tries to live a normal life in New York City after being kept underground as part of a cult for many years.

One of the characters on the show, played by Jane Krakowski, is a white woman who used to be a Native American and rejected her heritage. The whole thing is played up in the same wacky way Fey did things on 30 Rock, but people weren’t happy with the way the show represented a minority group.

In a profile for Net-a-Porter, one of the topics––among many, including high school mean girls and fame––Fey touched on was sensitivity to comedy and explaining the joke. She started out by saying, “Steer clear of the internet and you’ll live forever.”

We did an Unbreakable Kimmy Schmidt episode and the internet was in a whirlwind, calling it “racist,” but my new goal is not to explain jokes. I feel like we put so much effort into writing and crafting everything, they need to speak for themselves. There’s a real culture of demanding apologies, and I’m opting out of that.

Fey, of course, is not the only comedian who has a problem with outrage culture.