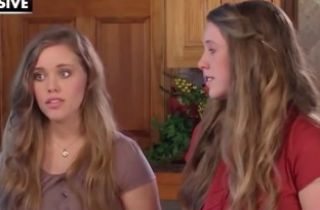 Even after the months of scandals and revelations that have haunted Josh Duggar, TLC isn’t ready to let go of the 19 Kids and Counting family quite yet.

Approximately two months after the show was cancelled, the network has announced that they plan to launch production on several special programs set to feature Duggar’s sisters, Jessa Seewald and Jill Dillard. The specials will reportedly focus on Dillard’s family preparations for an incoming missionary trip to El Salvador, while Seewald’s focus will be on her expected first child.

“What we will be following in these specials is Jessa preparing for her first child,” TLC executive Vice President Nancy Daniels reportedly said. “And we’ll be watching Jill preparing to make a major move to Central America with her family, which we know is something our audience will be interested in.”

The two sisters are some of the most famous figures from their old show, having become media luminaries following their defense of their brother for molesting them, while also appearing on a TLC special last month that focused on child sexual abuse. Daniels has said that both girls have maintained an interest in talking about the issues, and that their audience is intrigued by their moves towards adulthood.