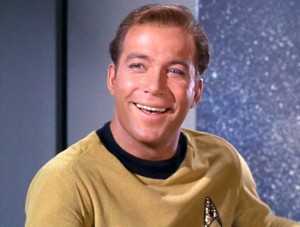 It all started Monday when our sister site The Mary Sue published a piece criticizing William Shatner for making remarks that could be construed as anti-feminist. Rather than just own up to the comments, the thespian set phasers to flame war.

As this skirmish occurred at the intersection of sci-fi geekdom and intra-media Twitter feuding, some context may be necessary.

The Mary Sue contributor Jarrah Hodge reported that Shatner, while attending a Star Trek event in Montreal, jokingly said, “a woman’s place is in the fridge.” He repeated the phrase a couple times. Hodge noted the line’s similarity to the “Women in Refrigerators” trope, which, in brief, refers to the recurring motif of male protagonists being motivated to revenge because the women in their life have suffered some form of violence or been killed.

“It seemed unlikely he’d be aware of that feminist critique, but it’s hard to think of a way that Shatner’s comments could have possibly been respectful to women,” Hodge wrote.

Shatner took issue with the article, insisting that he had merely been sharing an inside joke with fellow Trek alum Kate Mulgrew who captained the franchise’s first — and to date only — female-led crew.

Shatner broke off in the middle of a sentence to take a dig at Mulgrew. It started fairly harmlessly, with him just joking that he’d never seen her series. But then a fan supporting her called out: “A woman’s place is on the bridge.” Mulgrew took a sidelong look at Shatner and sarcastically said, “Or in the kitchen, as the case may be.” Shatner immediately jumped in saying, “A woman’s place is in the fridge.”

Not long after, Shatner made the comment two more times, in reference to a female fan at the mic. The woman had asked Spiner what it was like playing a non-human character and added, “I apologize that it’s with two other actors who portrayed characters who were human on stage.”

“Well, a woman’s place is in the fridge,” Shatter replied.

The “joke,” such as it is, seems to have something to do with this old photo of Shatner sitting in a cardboard box.

Waiting for Kate in a fridge box! See the misogyny just fall apart around you? #craycraypeople https://t.co/eqherxf1dp

Confronted with the resemblance to the trope about violence in women, Shatner pled ignorance and conscripted “99% of the fandom” to his aid.

Well I must have missed those issues as did 99% of the fandom. https://t.co/tDg0q5o9BT

Apparently killing women & stuffing them in refrigerators is some kind of trope in comics. Who knew? https://t.co/Ny3bAcLU6Y

But his tack was ultimately not to defend his inside joke on the merits or to downplay the existence of the “women in fridge” trope. Shatner’s trump card was to note that The Mary Sue, like Mediaite, was founded by Dan Abrams, who is not a woman. Therefore, all protestations of sexism from the site were suspect.

Quick anecdote from yesterday. This is the founder of The Mary Sue. ? pic.twitter.com/CDabtJM7t0

So you make dumb comment reported @TheMarySue https://t.co/9rNW79sa7j but fact that I’m not a woman somehow helps u? https://t.co/kXQsJTcFvg

I didn’t make a dumb comment, sir. Your “stellar” publication jumped to conclusions And yes it actually does help.?? https://t.co/w9CKDyia8P 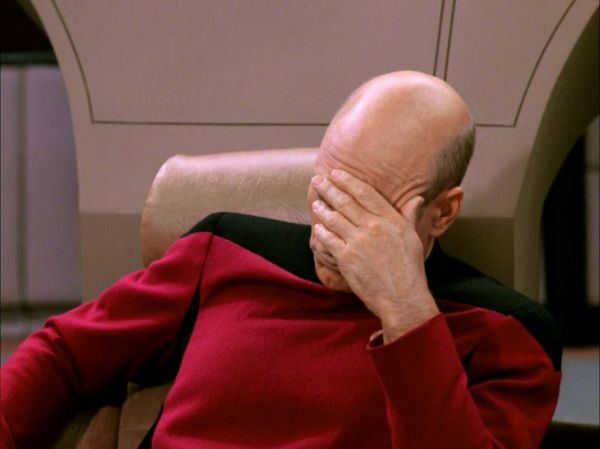