So, let’s play a game: You’re a British Financial Times editor who looks like this… 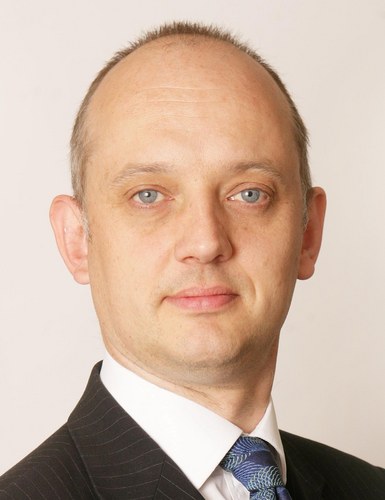 …And you want to write a scathing critique of what you perceive as the (pictured below) conservative treasury minister’s dishing out tax cuts for his wealthy friends. 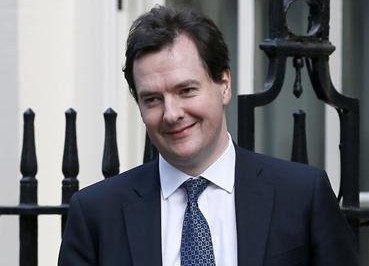 Naw, son. For FT writer Jonathan Guthrie, it was to use a completely out-of-touch, dad-like idea of hip-hop lingo to compare the conservative politician to a rapper pouring expensive champagne into the mouths of his gangsta palz.

His front-page column today has the incredibly goofy headline: “G-Dawg splashes out tax cuts like P Diddy with Dom Pérignon in his blingiest giveaway”.

Not even joking. Take a look below: 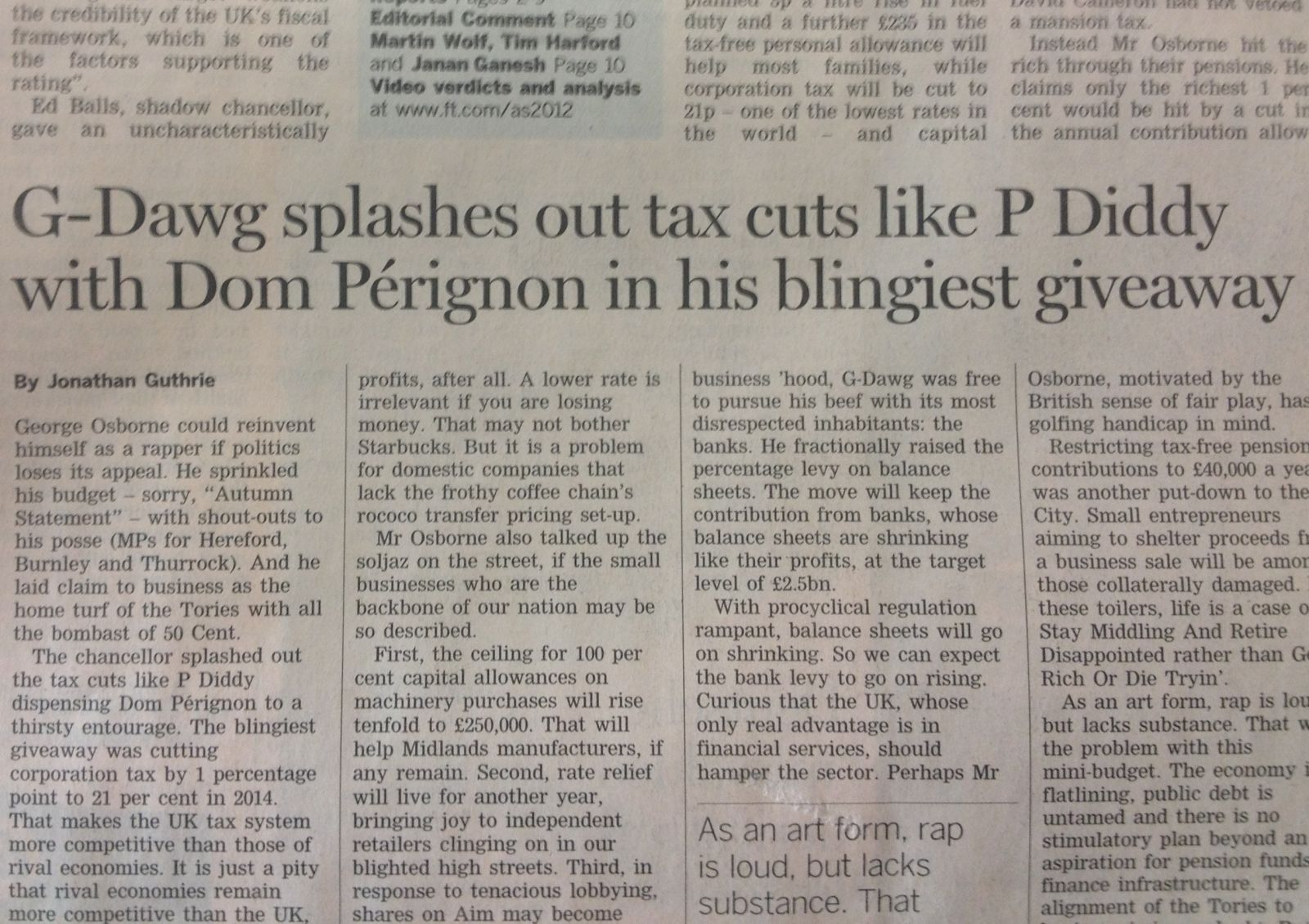 The white-guy-trying-to-talk-slang absurdity gets even better inside the column. To wit:

George Osborne could reinvent himself as a rapper if politics loses its appeal. He sprinkled his Budget – sorry “Autumn Statement” – with shout-outs to his posse (the MPs for Hereford, Burnley and Thurrock)… Giving back to his homies, the chancellor splashed out with tax cuts like P Diddy dispensing Dom Pérignon to a thirsty entourage…

Mr Osborne also talked up the soljaz on the street, if the small businesses who are the backbone of our nation may be described thus…

Having laid claim to the business ‘hood

A few things: P. Diddy is about as relevant to hip-hop right now as Madonna is for pop music — he may be an elder statesmen of the genre, but most people don’t think much of him anymore.

Also, when a British financial writer thinks of “hip-hop” metaphors, OF COURSE he’s going to come up with the generic rich rapper guy from the 90s pouring Dom Pérignon all over his “entourage.” And “soljaz”?!?! Um, excuse me, Mr. Guthrie, it’s spelled “souljaz” and even that phrase is about four years outdated now. Ugh.

Funniest part, however: even when hilariously trying to write in hip-hop-speak, the FT writer must properly spell short-hand phrases like “hood” with a proper leading apostrophe.

I’m picturing this bizarre column being read aloud in a snooty British accent. I’d actually pay to see that.

Anyway. It goes on:

Having laid claim to the business ‘hood, G-Dawg was free to pursue his beef with its most disrespected inhabitants: the banks…

For [small businesses], life is currently a case of Stay Middling And Retire Disappointed rather than Get Rich Or Die Tryin’.

As an art form, rap is loud, but lacking in substance.

And the punny reference to a 50 Cent record? You mean a totally white financial writer’s only reference-point for a hip-hop album pun is that one record from nine years ago that sold a bajillion units and played non-stop at every Bar Mitzvah and suburban high-school party? No way.

That was the problem with Mr Osborne’s Autumn Statement too… To critics, Mr Osborne still resembles Boy George more than 50 Cent.

So, yes, to his critics, Osborne resembles a sexually androgynous pop star rather than a millionaire rapper who was once shot nine times in the face. Got it.