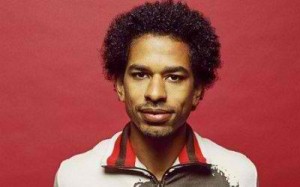 MSNBC host and TIME Magazine columnist Touré’s latest opinion piece in the pages of the weekly newsmagazine advances the notion that the reelection of President Barack Obama would do more to create racial harmony in the U.S. even more than the president’s first election in 2008. If Obama is reelected after a whole term which has humanized him significantly from his first term, Touré writes that it would prove that an African American, even the President of the United States, no longer has to be “twice as good” as the average white person to get ahead.

As public polls show increasingly that voters are turning towards supporting President Obama’s reelection, Touré says that the racial implications of Obama’s reelection would be powerful. Noting that in 2008, Obama was considered a “magical” black man – he was described as such in the pages of the Los Angeles Times in 2007.

Obama had to be extraordinary, which reminds me of something my mother told me when I was a boy: that being black meant I had to be twice as good to get ahead. Obama more than just good; in many ways, he was the embodiment of that staple of film and literature, the magical Negro.

Now, however, after four years of governance and with his approval and favorability ratings having come down to earth, Obama’s reelection would signal that voters can see past his skin color and support him despite the fact that he is a fallible human being.

“[I]t’s impossible to view Obama as a superhuman magical-Negro figure anymore,” Touré writes. “Given the super-human expectations placed on him when he took office, it’s not surprising that he has disappointed some of his followers.”

Touré says that the future will likely be more racially natural after Obama’s reelection because it would go to prove that America is moving ever closer to a post-racial society.

So those poll numbers suggest something very interesting about this country in terms of racial progress. They show American voters embracing a non-magical black man. The magical Negro concept arose from a need to rectify supposed black inferiority with the undeniability of black wisdom by suggesting that wisdom is so alien that its origins cannot be explained by normal scientific methods.

“[F]or [Americans] to embrace a nonmagical black person who cannot promise anything but hope, intelligence, sweat and experience, now that comes closer to equality. Equality is freedom from having to be twice as good to get ahead,” Touré concludes.