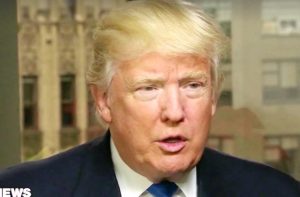 For some reason, although our President-elect is set to be sworn in only 13 days as our nation’s 45th Commander in Chief, he awoke this morning and decided to take some cheapened pot shots at his Democratic rival he defeated 58 days ago.

Seemingly without prompt or warning, Donald J. Trump took to his Android device and fired off a number of Tweets, slamming everything from the dishonest media to the Democrats to the former Secretary of State herself. The effort Friday morning is the latest in his unprovoked juvenile spats, and in this one he invoked the Hudson River fireworks celebration that the Clinton camp booked in anticipation of a November 8th victory.

The dishonest media does not report that any money spent on building the Great Wall (for sake of speed), will be paid back by Mexico later!

Hillary and the Dems were never going to beat the PASSION of my voters. They saw what was happening in the last two weeks before the……

and knew they were in big trouble – which is why they cancelled their big fireworks at the last minute.THEY SAW A MOVEMENT LIKE NEVER BEFORE

Hopefully, all supporters, and those who want to MAKE AMERICA GREAT AGAIN, will go to D.C. on January 20th. It will be a GREAT SHOW!

Although it would appear that he’s missing the word “election” between the second and third tweets in his rant, his message is (more or less) clear: the American people come first.

“The dishonest media does not report that any money spent on building the Great Wall (for sake of speed), will be paid back by Mexico later!” he wrote at first, something in direct contract to his long held campaign promise of forcing our neighbors to the South to pay for the wall themselves.

Of course, now the President-elect — who is slowly learning the difference between campaign rhetoric and the realities of government — is now calling on Congress to pay for the border wall. GOP leaders will now be expected to fund the wall through an appropriations process, and afterwards Mexico will simply fork over the pesos. He began to change his tune on October 22nd during a speech in Gettysburg, PA: “I said Mexico is paying for the wall, with the full understanding that the country of Mexico will be reimbursing the United States for the full cost of such a wall, OK?”

Uh, sure. OK.
—
J.D. Durkin (@jivedurkey) is an editorial producer and columnist at Mediaite.