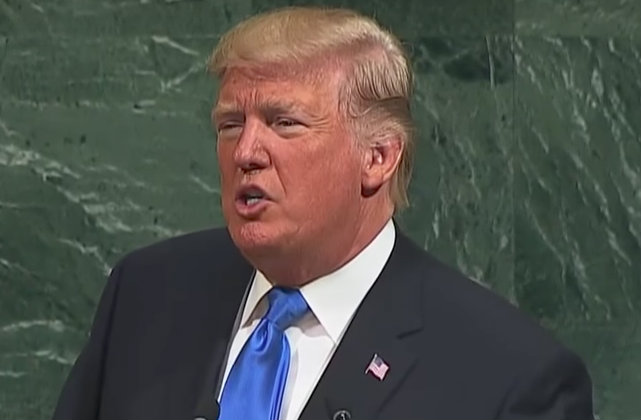 President Donald Trump took to Twitter late Wednesday night to call for the death penalty for the ISIS-inspired terrorist who killed eight people in an attack in New York City.

Trump cited reports that the attacker, Uzbek immigrant Sayfullo Saipov, has boasted of the attack, and “asked to hang ISIS flag in his hospital room.”

“SHOULD GET DEATH PENALTY!” Trump wrote:

NYC terrorist was happy as he asked to hang ISIS flag in his hospital room. He killed 8 people, badly injured 12. SHOULD GET DEATH PENALTY!

Federal authorities charged 29-year-old Saipov on Wednesday, two days after he plowed a truck into people in a bike path in lower Manhattan, killing eight people and injuring a dozen more.

Trump’s tweet comes amid a debate over whether Saipov will go through the criminal justice system as a legal American resident, or be treated as an enemy combatant. The president said on Wednesday he would consider sending the attacker to Guantanamo Bay — a move that was supported by Sen. John McCain and Sen. Lindsey Graham.

UPDATE 7:55 a.m.: The president is tweeting about the death penalty again…

…There is also something appropriate about keeping him in the home of the horrible crime he committed. Should move fast. DEATH PENALTY!