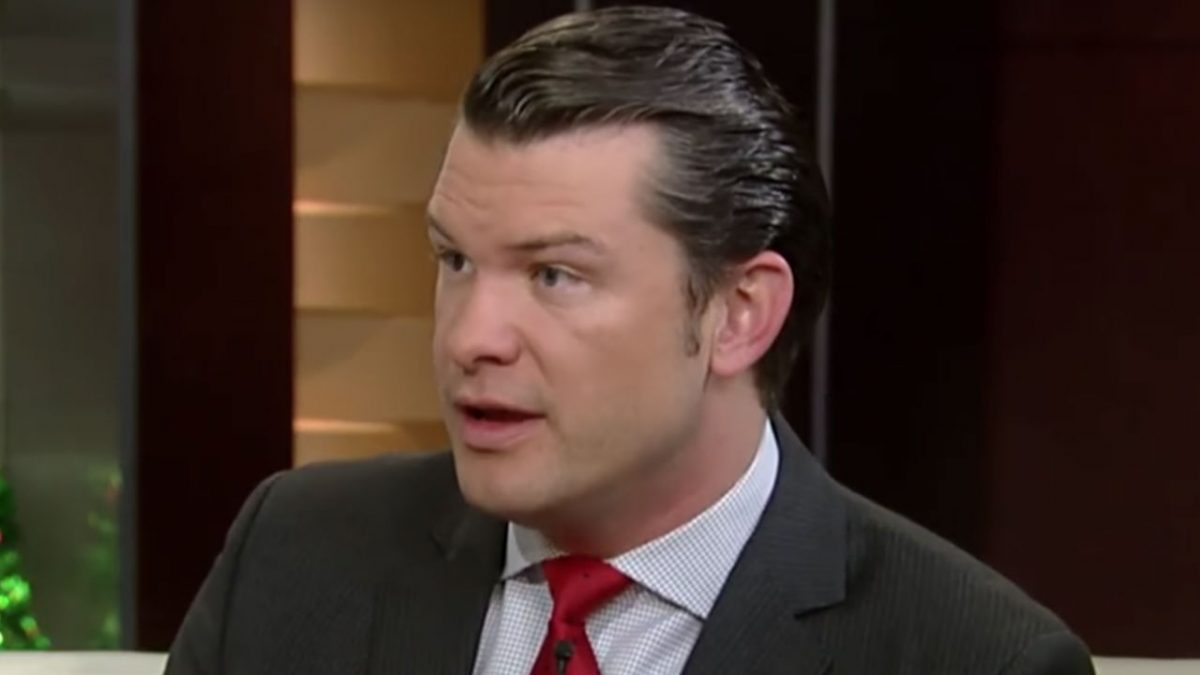 It’s no secret President Donald Trump is a fan of Fox & Friends. But there’s one host in particular who he has apparently been calling to discuss veterans’ issues.

Veteran Pete Hegseth, who hosts the Fox News morning show on the weekends, had been talked about as a potential Trump administration pick for VA Secretary, but the president selected David Shulkin.

However, a report from Axios says the President is growing frustrated with Shulkin to the point where he may fire him. Shulkin has come under scrutiny following the release of an IG report on misuse of taxpayer funds.

Last week, per Axios, Shulkin met with John Kelly before speaking with the president, who then did this as they discussed VA health care reform legislation:

Trump surprised Shulkin by dialing in Fox & Friends host Pete Hegseth on speaker phone to get his opinion of the legislation, according to two sources with knowledge of the conversation…

The Hegseth call put Shulkin in an awkward spot, according to those sources. Hegseth competed for Shulkin’s job and favors more aggressive reform for the VA. Trump talks to Hegseth regularly and enjoys watching him on Fox and Friends.

A recent Daily Beast report said Trump is being “advised” by Hegseth, who will “sometimes try to inject VA and veterans issues into the conversation and steer the discussion in a more policy-oriented direction” before Trump brings up “what he just saw on Fox & Friends.”