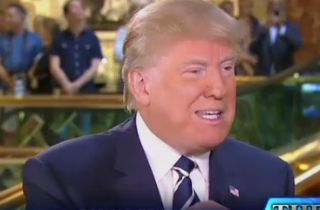 Donald Trump recently gave an interview to The Hill where he complained about how, despite bringing in crowd sizes to rival President Obama‘s from 2008, the Secret Service hasn’t rushed to offer him protection.

“I want to put them on notice because they should have a liability,” Trump said. “They’re in no rush because I’m a Republican. They don’t give a shit.”

Obama and Hillary Clinton both had protective details assigned to them by May of 2007, when both were attracting high poll numbers and, in Clinton’s case, due to her former First Lady status.

During the interview, Trump reportedly asked one of his security officers to describe his campaign’s discussions with the Secret Service, and they conveyed it is currently unknown when he might receive government protection.