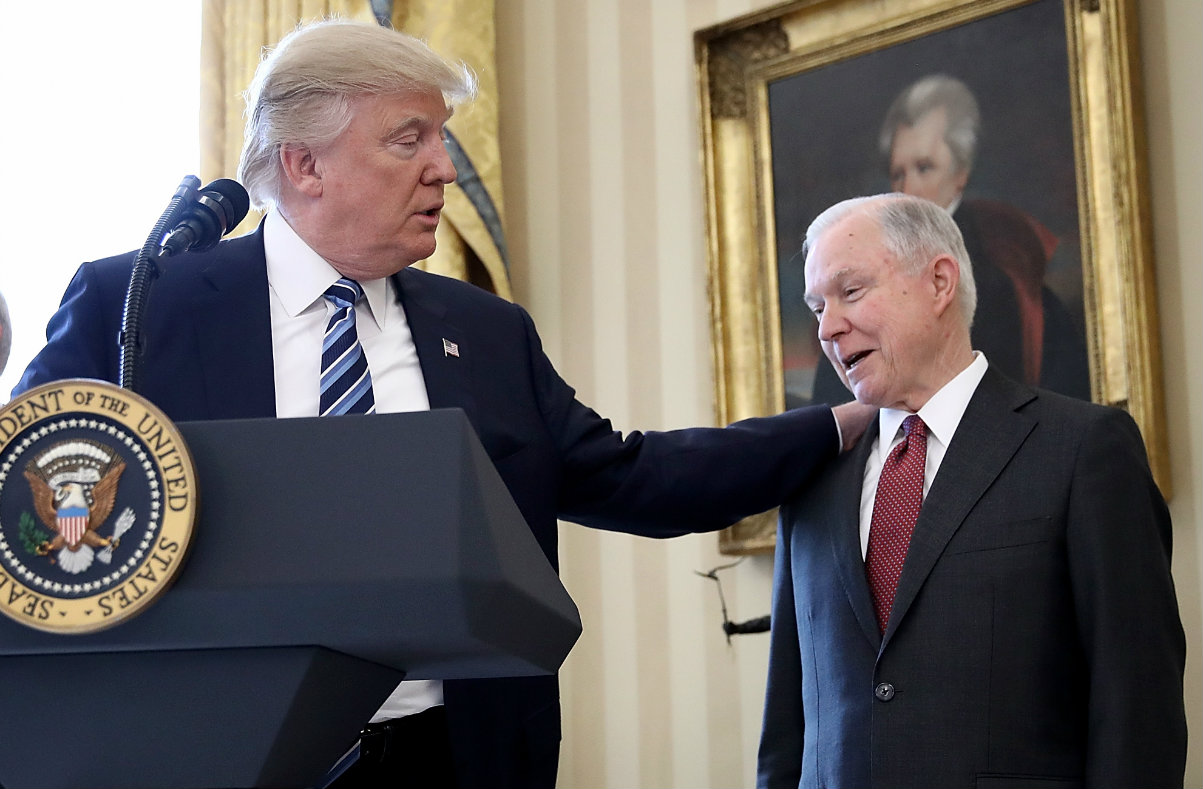 The Twitterverse is rolling its collective eyes after President Trump attacked Jeff Sessions again, this time suggesting that the Attorney General shouldn’t prosecute conservative congresspeople because of how politically inconvenient it is for himself.

In his latest tweets, Trump is apparently complaining about two of his most loyal congressional backers – Chris Collins (R-NY) and Duncan Hunter (R-CA) – being investigated for insider trading and using campaign funds for personal reasons respectively.

Two long running, Obama era, investigations of two very popular Republican Congressmen were brought to a well publicized charge, just ahead of the Mid-Terms, by the Jeff Sessions Justice Department. Two easy wins now in doubt because there is not enough time. Good job Jeff……

….The Democrats, none of whom voted for Jeff Sessions, must love him now. Same thing with Lyin’ James Comey. The Dems all hated him, wanted him out, thought he was disgusting – UNTIL I FIRED HIM! Immediately he became a wonderful man, a saint like figure in fact. Really sick!

As you can see, instead of talking about the charges the two congressmen are facing, Trump is grumbling about how Collins and Hunter are now in political and legal danger ahead of the midterm elections. Political observers are taking notice of this, and they are hardly impressed:

If Obama had said anything like this, Republicans would have drawn up articles of impeachment the following day. https://t.co/lYWAD3lAud

The President of the United States criticizing his own Attorney General for obtaining felony indictments against two sitting Republican congressmen—not because the charges aren’t serious or thoroughly substantiated, but because of the potential _electoral_ ramifications.

congrats to everyone who supported trump because he said he was the law and order candidate https://t.co/8ucsBxeQ2p

so hard-working, he obstructs justice even on federal holidays https://t.co/QEybhc6FZp

Trump is arguing here that the attorney general should have politicized the Justice Department by timing federal investigations to benefit Republicans in midterm elections https://t.co/bgAgmbrdzX

Hey, Don McGahn, you're on your way out anyway. How about a resignation on principle today as White House Counsel? https://t.co/gRuXdEuKBa

The president is now arguing that the Justice Department should make its justice decisions based on what’s best for the Republican Party. pic.twitter.com/RgcUQbRAak

Yes, the outcome of investigations should totally be determined by the electoral needs of your party. Good take, sir. https://t.co/ncASI4x7zc

Draining the swamp by suggesting that the attorney should not prosecute your political allies https://t.co/MHKegceHx8

In a functioning republic, this tweet alone would ignite a constitutional crisis. https://t.co/F9zK7BW2QN

The man who ran as the 'law and order' candidate is essentially upset that his Justice Department isn't better protecting his political allies.

Mr. President, it is BAD to ignore criminality to hold Congressional seats. My goodness. https://t.co/kTAlI4yO6I

Old enough to remember when drain the swamp was a Trump campaign slogan https://t.co/MjpZAAuM6t

This is the most insightful official statement yet on the current approach to the justice system: Cry foul about politics infecting DOJ and then ponder aloud why DOJ isn’t considering the political ramifications of prosecutorial decisions. https://t.co/PyKvin2b3Y