Trump’s Attack on 60 Minutes Child Separation Episode Met With Fact-Checks: ‘This is a Lie’ 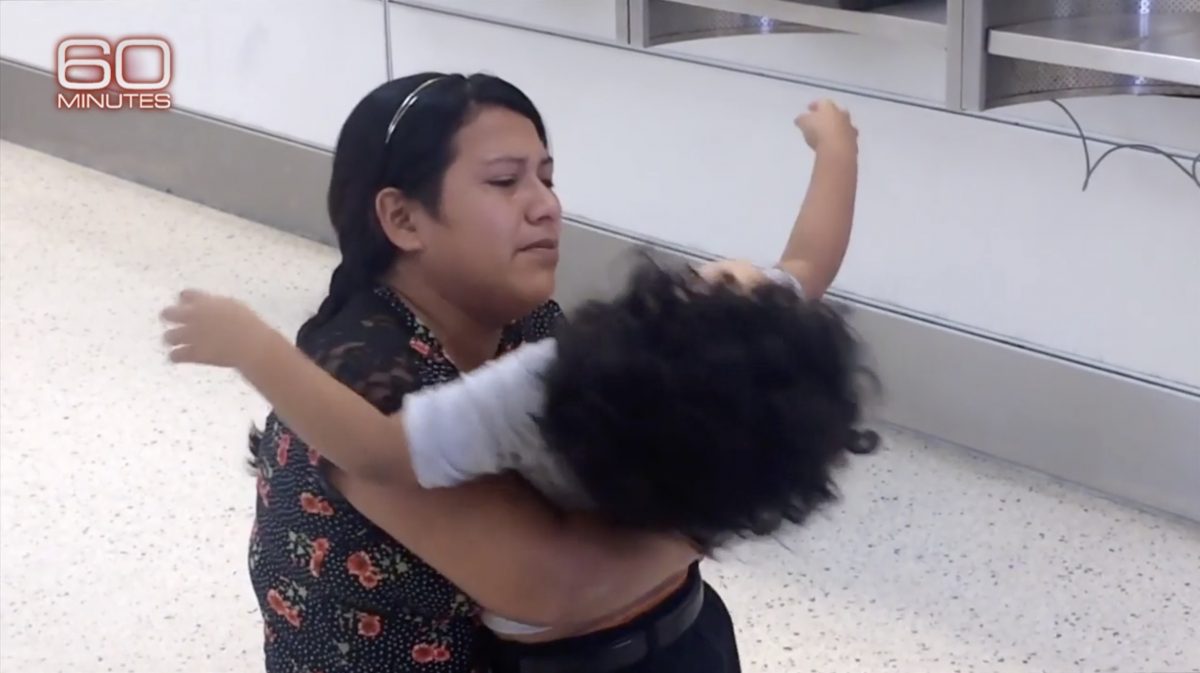 President Donald Trump raged at an episode of 60 Minutes on Sunday night, accusing the CBS News show of “phony” coverage of his child separation policy.

In two tweets, Trump falsely claimed that his administration “had the exact same policy” as former President Barack Obama.

“So with Obama seperation [sic] is fine, but with Trump it’s not,” Trump wrote. “Fake 60 Minutes!”

.@60Minutes did a phony story about child separation when they know we had the exact same policy as the Obama Administration. In fact a picture of children in jails was used by other Fake Media to show how bad (cruel) we are, but it was in 2014 during O years. Obama separated….

….children from parents, as did Bush etc., because that is the policy and law. I tried to keep them together but the problem is, when you do that, vast numbers of additional people storm the Border. So with Obama seperation is fine, but with Trump it’s not. Fake 60 Minutes!

One of the focuses of the 60 Minutes episode was explaining why Trump’s policy of child separation was a drastic departure from Obama’s border policy. The show also found, based on an order from the Department of Homeland Security, that child separation began “nine months earlier than the administration acknowledged.”

Fact-checks and condemnation of Trump’s tweet quickly rolled in:

This is a lie. @realDonaldTrump is the only president to *ever* systematically separate migrant children from their parents as a stated deterrent policy.

I saw those kids in cages with my own eyes — a direct result of a policy put in place by Trump and executed by @SecNielsen. https://t.co/TupZGD05ox

This was the epicenter of Trump’s separation policy in McAllen, Texas.

This is DHS handout video of a tour we were given of the kids in cages during the separations.

That’s me in the blue shirt.

What Trump did had *never* been done before. pic.twitter.com/qeRIZKhvLz

As I told @chrislhayes after I toured that Border Patrol processing station, Trump’s separation policy was worse than it looked in photos.

That Trump says *anyone* other than him is responsible for the trauma these 2,600+ kids went through is complete BS. pic.twitter.com/WOn1VmeNsr

None of this is true.

This is false. @realDonaldTrump had a blanket policy to separate parents & kids at the border, incl. kids as young as 18 months and some who were still breastfeeding. It started in El Paso, as I first reported a year ago, 6 months before national outlets. https://t.co/9PYqX3h5LV https://t.co/0DNGwzLpO1

Meanwhile, President T is busy condemning “60 Minutes” for its coverage. Not one word about Russia’s escalating aggression against Ukraine. https://t.co/cf9YzGiPxi