This morning, President-elect Donald Trump once again took to Twitter to potentially set the news cycle on fire. In this instance, he wanted to make mention of China seizing an unmanned Navy drone in the South China Sea this week.

However, his initial tweet didn’t go quite as planned. 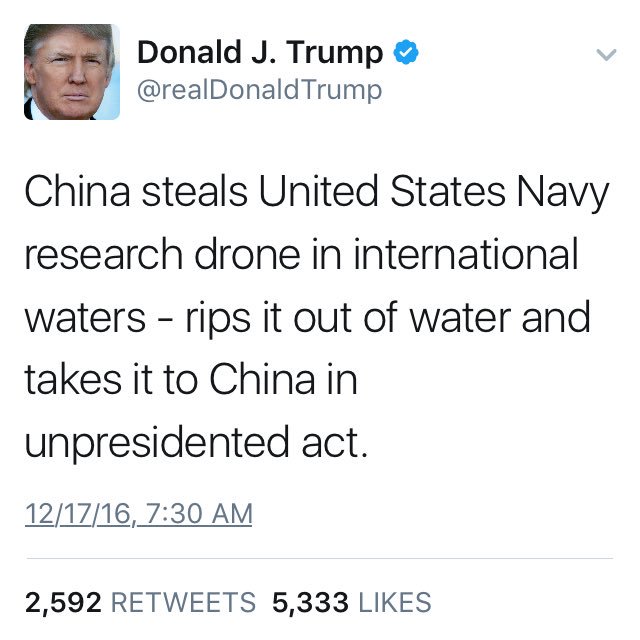 Trump would eventually delete this tweet and replace it with a corrected one. But the damage was already done regarding the possible Freudian slip. As one would expect, Twitter users pulled out the snark and just unleashed on Trump today.

The most perfect Freudian slip of all time. #Unpresidented pic.twitter.com/NWjsd9krq9

It's totally #unpresidented having a president so smart he doesn't need intelligence briefings but so dumb he doesn't know how to spell.

So we're going from one of the great orators in US History to a guy who spells #unpresidented. This is fine.

Well, we have our headline for the day he's impeached. #unpresidented

.@realDonaldTrump Thankfully the Internet is forever and your #unpresidented tweet is too. pic.twitter.com/VitBfHvzhF

Screenshots are forever. Or as Trump would say, fourever. #unpresidented pic.twitter.com/70ZqGDU80o