Twitter Lights Up Over Ivanka Being Asked About Her Dad’s Accusers: ‘Not an Inappropriate Question’

Twitter Lights Up Over Ivanka Being Asked About Her Dad’s Accusers: ‘Not an Inappropriate Question’ 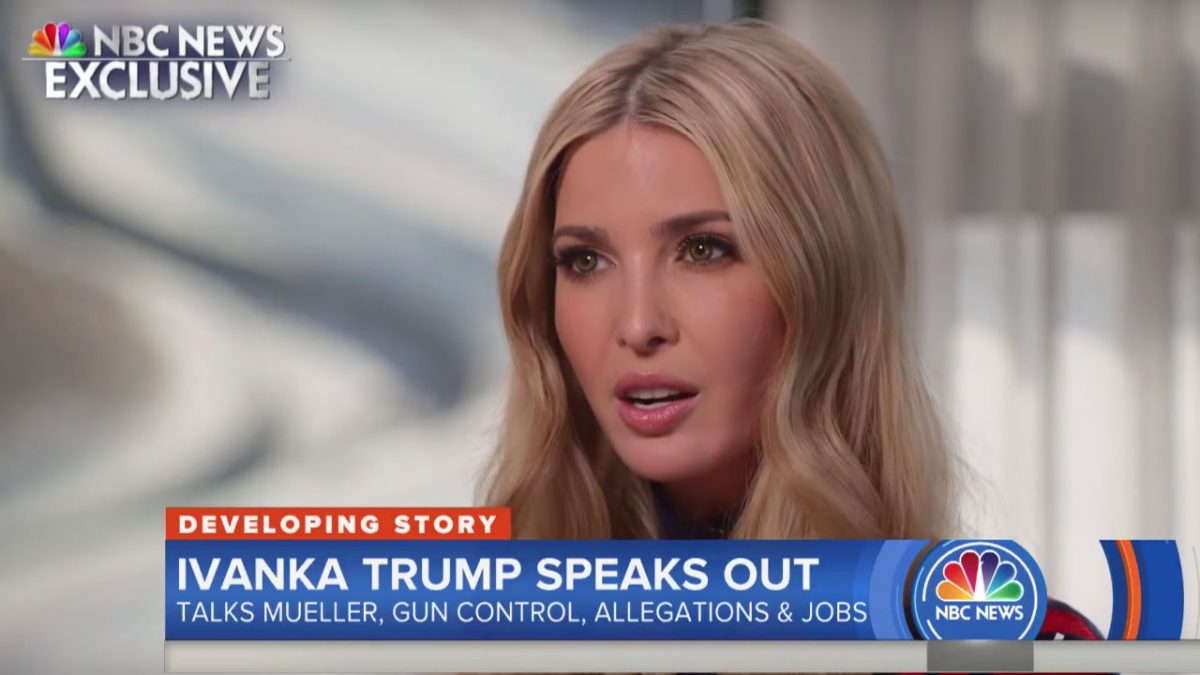 Ivanka Trump was asked about her father’s accusers on The Today Show and called the question inappropriate this morning. A lot of people on Media Twitter immediately weighed in and argued it actually wasn’t:

It's not an inappropriate question. Ivanka Trump has chosen to work in the House as a staffer and presidential adviser. She can choose not to answer, but it's a fair question by @PeterAlexander https://t.co/kpAYtv93jT

Let this sink in. A @WhiteHouse Senior Adviser says it's inappropriate to ask a question about a President Trump controversy because she's the President's daughter.

This is why drives Gen. Kelly crazy about Jared and Ivanka: He says you’re either family or you’re staff, but believes they often try to have it both ways… https://t.co/aaH0DQwEkB

Some in the media are mocking Ivanka Trump's "it's a pretty inappropriate question" response to whether she believes her father's accusers, since she's a WH official. Fine. But the more important question is why it's ok that she (and Jared) are WH officials in the first place.

either Ivanka Trump is a senior White House official and representative of the United States—and thus these questions are completely appropriate—or she's just the president's kid, in which case, get her out of the White House. https://t.co/pwAvRHYenU

The White House went out of its way to make clear that Ivanka Trump traveled to South Korea as a senior adviser to the president, not a First Daughter. But as soon as she’s hit with a difficult question, suddenly she’s a daughter. https://t.co/yxn44dbDDK

Ivanka Trump works for the federal government as a senior advisor to the President of the United States.

If she thinks it's "inappropriate" to be asked these questions she should resign. https://t.co/yrix0WgQ1o

1. I don't expect Ivanka to say she believes her father's accusers.
2. It's fair to ask a WH staffer if they believe the president's accusers.
3. This is why nepotism is bad.
4. Trump invited Bill's accusers to a debate, there's no margin for his people to be offended about this.

Senior Advisor Ivanka Trump is in South Korea representing the U.S. but refuses to answer questions about President Trump’s accusers because she’s “a daughter.” https://t.co/sr42inddH2

Trying to figure out what part of this is inappropriate. She works for the taxpayers, says she focuses on women’s issues, was at the interview because she went to the Olympics to represent the USA, is an adult, and has spoken publicly about accusations against others. https://t.co/7GqrFRe8oH

um. a daughter who is also a senior adviser to the President of the United States, and whose portfolio purview includes women's issues like helping female business owners, working women, families, etc. https://t.co/wEevYgKYVE

As other journalists have pointed out: It’s a completely “appropriate” question to ask a WH staffer; it’s an UNCOMFORTABLE question to ask a daughter of her father but even then, it’s a question both her father’s supporters and critics deserve an answer to. https://t.co/34HAgS6h19

Such an inappropriate response from a senior government official. If you don't like the heat, get out of the kitchen. https://t.co/q6lv3PdFa1