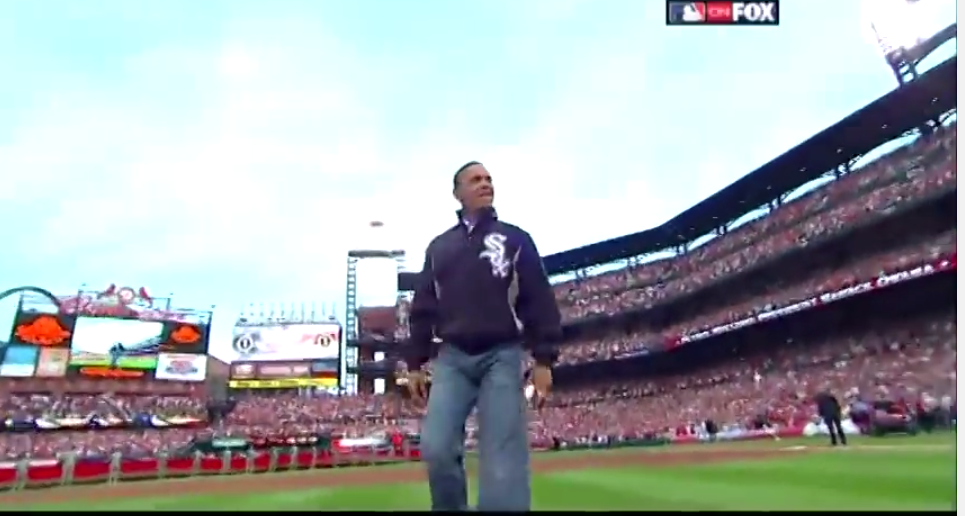 Ever since President Obama showed up to throw out the limp-wristed first pitch at the 2009 MLB All-Star game, there have been two questions on the minds of the American people.

The first is how a man his age could not know that he can’t throw a baseball and would embarrass himself in front of millions of people.

The second is how the coolest President in history could be caught dead wearing “dad jeans.”

Despite enduring a week where its journalistic integrity has come into question like never before, CNN has decided to do some hard-hitting investigating about the progress of Barack Obama’s jeans.

In a piece titled, “Obama’s jeans game gets strong(er)“, CNN chronicles the evolution of the ex-president’s choice in denim pants, ultimately concluding that he has come a long way in terms of acceptable style.

As expected, the Twitterverse was quick to jump on CNN with unrelenting mockery.

The same day @brianstelter moans about “anti-journalism” bias, @CNN publishes an article about how @BarackObama looks handsome in jeans. pic.twitter.com/TupnGl0rXJ

Amidst all of these accusation of “fake news,” CNN has set out to improve its journalistic reputation.

And this is why no one trusts CNN. Everybody knows Obama wears mom jeans. ? https://t.co/UxfV7OqnKe

I’m starting to see what Trump is saying about CNN.https://t.co/gJWojtefHu

This must be the “journalism” @brianstelter keeps telling us about. https://t.co/Jvp9G7yaEd

This is @CNN news, folks. Do you like Baracks jeans. Mercy.

Thank you CNN for that hard-hitting news. about Obama’s Jeans. Now … about his handling of Russia election tampering? Any news there?