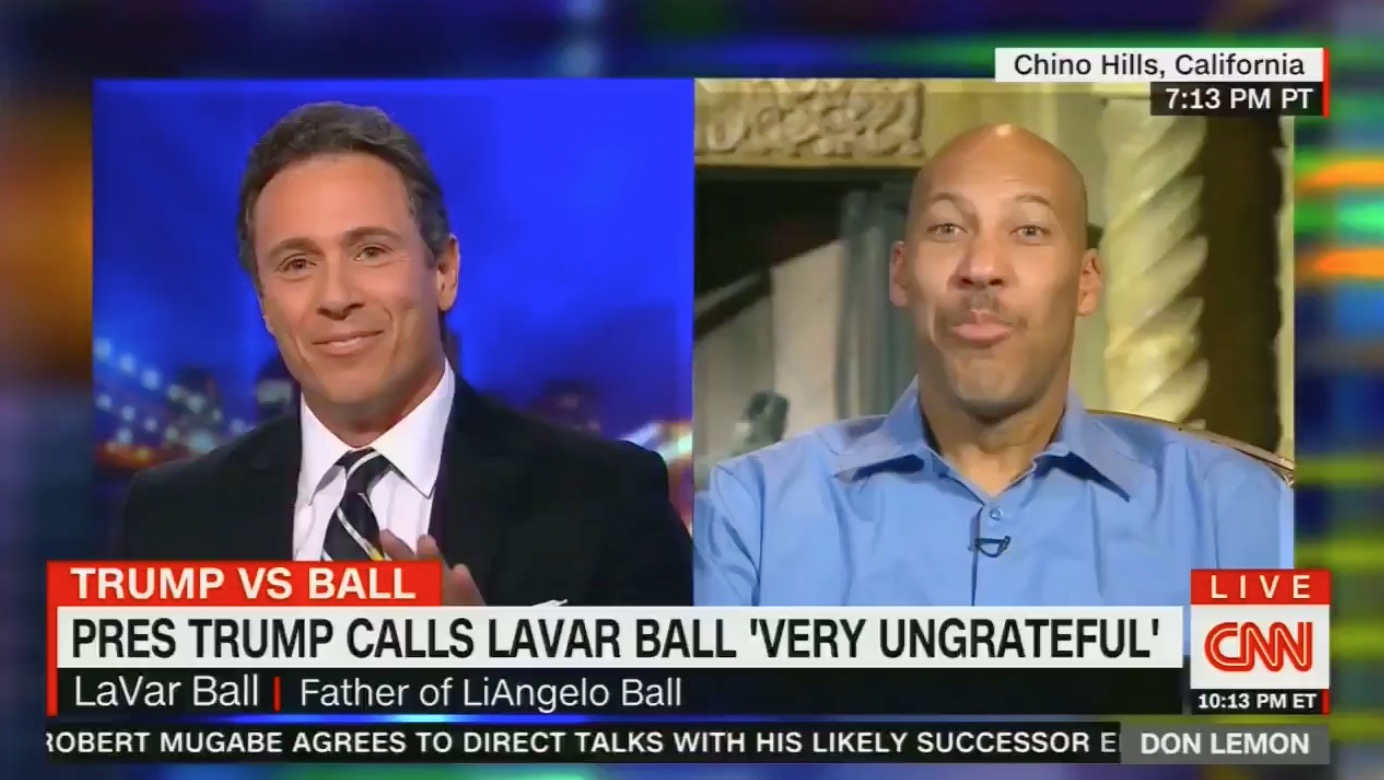 Twitter has so many feelings about Chris Cuomo‘s interview with LaVar Ball over his battle of wills with President Trump.

Ball’s son was one of the UCLA basketball players who recently returned to the U.S. after Trump asked the Chinese president to drop the shoplifting charges against them and release them. Ball dismissed Trump’s involvement in the negotiations on the matter, and the president retaliated by saying maybe he should’ve left the student-athletes in prison for a few years.

When Ball came on CNN to talk about this…well…things went WAY off the rails and you’re better off just watching it for yourself.

All in all, while the Twitterverse is still debating whether the interview was wildly entertaining or a cringe-inducing nightmare, it seems like everyone can agree the whole thing amounted to a full-scale train wreck.

I hate Trump more for making me aware this guy exists than for anything else he's ever done. I consider my knowledge of Ball's existence an impeachable offense. https://t.co/3remFpQiab

I have completely turned around on this interview in the last 2 minutes. It is the highest level of performance art. Absolutely sensational. https://t.co/JuMyVhLwU4

Is there a reason Lavar Ball is getting a 20-minute interview when there's actual stuff happening in the world.

I want to nominate #LaVarBall for #worstfatheroftheyear on @CNN right now. Making excuses for his kid stealing, “he didn’t kill anyone!”

What are we doing pic.twitter.com/TwsWM5lzoJ

I've been howling with laughter for 10 minutes pic.twitter.com/NkX32s8FZK

This is everything wrong with the American media. #CNN #LavarBall

I want to nominate #LaVarBall for #worstfatheroftheyear on @CNN right now. Making excuses for his kid stealing, “he didn’t kill anyone!”