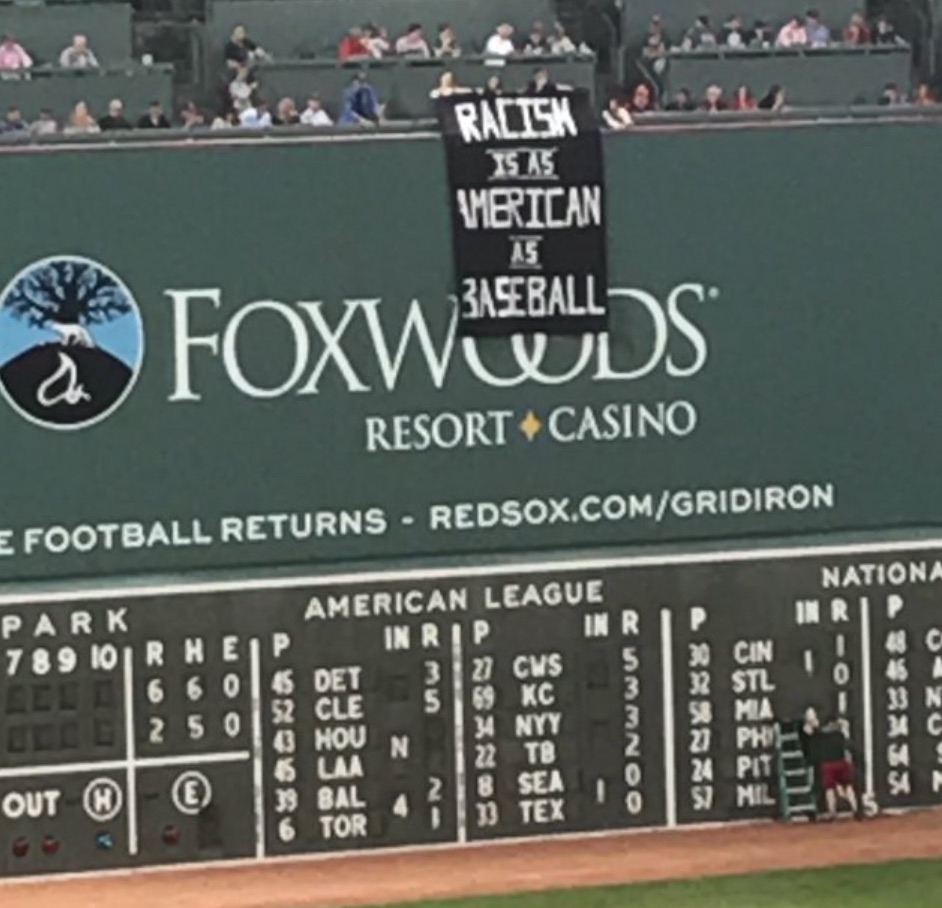 On Wednesday night, a banner that read “Racism is as American as Baseball” was draped over the Green Monster at Fenway Park. The individuals behind the banner were quickly removed by security, but not before it made waves on Twitter.

Some praised the banner.

Fan unfurls sign during Red Sox at Fenway Park: “Racism is as American as baseball.”✊?
Name it. Reject it. Commit to fighting it. #EndRacism pic.twitter.com/FMmzN73aBq

People are saying they’re “confused” by what that sign at Fenway means? Guess next time it has to say: “Racism is bad”

Morons hang “Racism is as American as Baseball” banner over the Green Monster. #FTFY #FakeFans https://t.co/F4oknDIooo

To the fans who draped that banner at Fenway you are disgraceful you do not exemplify Boston sports, you are the worst kind of people

And many were simply confused by it.

Hopefully the sign at Fenway was written with the right intent/message in mind…but the fact that’s not clear means it was a bad idea.

If the group’s intent was to denounce racism, the sign seems to have confused a lot of people.

I’m more moved by what compelled the person to do it. I mean, there’s certainly a reason to do it at Fenway

I’m confused by this Fenway sign. Are they (the sign holders) racists or are they calling out racism? Forgive me, my brain is crap today

Some people were even amazed that they were able to sneak such a banner into Fenway Park.