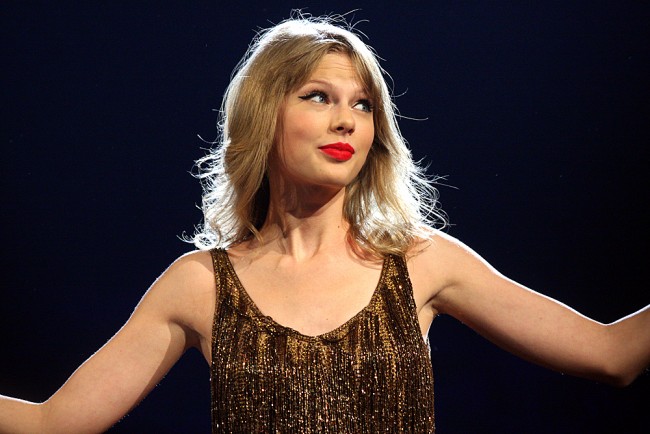 Is the backlash starting?

Global pop star and latest “Bigger than Elvis” persona Taylor Swift has dropped a new single entitled “Look What You Made Me Do.” The song is a significant departure from her country pop-song roots in that t’s a more of EDM influenced dance track  than the catchy pop songs one hears on pop radio, and samples two songs for it’s base: Operate’s “Peaches” and 80s one hit wonder Right Said Fred’s “Too Sexy.”

But many on Twitter seem to think that it’s not a sample and rip-off, and as such, have taken to criticizing the pop star for ripping Right Said Fred off. To wit:

The hook on Taylor Swift’s new song sounds like a musical of 13 Reasons Why set to the “I’m Too Sexy” beat. pic.twitter.com/Y7VNQdcsqp

The beauty of it is that 99% of Taylor Swift’s fans have no idea who Right Said Fred is.

Right Said Fred are trending on Twitter and it’s all thanks to Taylor Swift https://t.co/YqKNyfPAT1 pic.twitter.com/gKaD15GrMk

Ms. Swift earned a lot of attention when earlier this month she deleted the entirety of her archived social media posts. Judging by the reaction of her new song by some of her “fans” perhaps we now have a better understanding of why she did that.

Listen to her new single below, courtesy of Vevo: