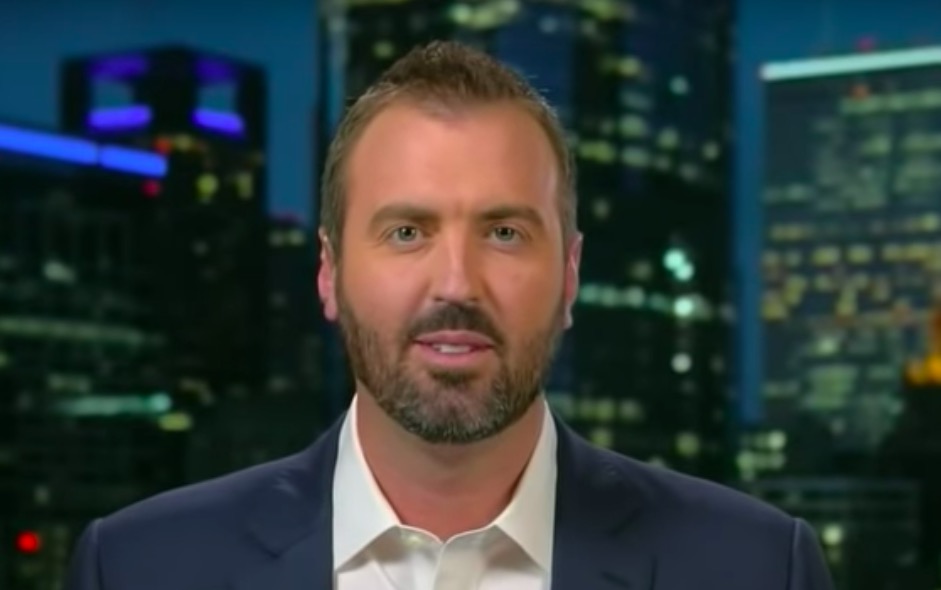 Kelly — who ran unsuccessfully for Congress in Arizona twice, in 2010 and 2012, and now hosts a radio show in Houston — disappeared from the platform suddenly, sparking outrage from his fans and contemporaries. He then published a cringe-inducing piece for The Federalist decrying the death of free speech. It remains unclear why his account was banned, and Twitter declined to comment for this piece.

Some, even in conservative media, celebrated. Jim Swift, an editor at the Weekly Standard, noticed his Twitter feed improved following the ban.

Strange thing: my Twitter feed is getting much better tonight. Whatever @jack is doing, it is working!

I guess there are a few other civil war 2.0 fetishists to follow… for now.

It’s true, it’s not particularly surprising Kelly’s account was suspended. In one impressively stupid piece he wrote for The Federalist, Kelly argued fantasized about scalping his leftists and making them “feel pain” instead of “living in the liberal utopian nightmare of 57 genders.”

Nonetheless, many conservatives — even Sen. Ben Sasse (R-NE) — warned against celebrating Kelly’s suspension as a dangerous precedent for the platform to set:

Jesse Kelly can’t stand me. And I think his tribal war scalping stuff is stupid and wrong.

But that doesn’t matter much compared to the bigger picture here: The trend of de-platforming and shutting down speech is a bad precedent for our free speech society. https://t.co/V11v6uDZY3

I think that people on the Right who are cheering, or snarking with approval, over the banning of Jesse Kelly are engaging in deeply shortsighted behavior, and that the people who got him banned would just as soon put them up against the wall in a heartbeat too.

Watching a lot of Republicans yuck it up over Jesse Kelly’s Twitter suspension is a pretty good indication they didn’t learn much from the Tim Miller affair.

Liberals don’t like you anymore than they do Jesse. They just haven’t gotten around to you yet.

Jesse Kelly is a funny guy and a combat vet Marine, a man very dedicated to his country, his family, and his bit. What Twitter has done marks a new low for the platform.

I have a statement from @JesseKellyDC re his suspension:

Throughout history, the powers that be have always feared greatness. Nelson Mandela and I aren’t the first to be persecuted. We won’t the last. I’m just happy my memory will be passed down from generation to generation.

First Infowars, then Laura Loomer, now Kelly, and in the future, you and your innocuous shitposts will face censorship, goes the logic.

Others noted that the filth Kelly pushed out on his Twitter feed daily had no place on the platform:

Jesse Kelly is a misogynist and a neo-confederate who lusts for violence. Discourse is healthier without him.

That said, Twitter needs to do a better job of not turning bad actors like him into martyrs.

Jesse Kelly frequently spoke of a future civil war, gleefully asking his readers to imagine holding the scalps of their enemy.

If you see an account defending him or calling him one of the best consertivative voices, that’s the curve they’re grading on.

Jesse Kelly regularly encourages violence/civil war/etc. Being a Marine vet has absolutely nothing to do w/him being suspended. Being a veteran doesn’t mean you get to share fantasies of killing political opponents sandwiched between racist/sexist “jokes” without repercussions.

Also: if you expect moderation of large-scale platforms to be anything other than either nonexistent or an incoherent trash fire, you’re not paying attention.

Some fell flat in the middle:

Jesse Kelly, who once said he’d rather fight in a civil war than submit passively to “the liberal utopia nightmare of 57 genders” was permanently banned by Twitter. While I dislike Kelly, this seems hard to justify. Twitter has made no attempt to do so. https://t.co/wrXayhjgs1