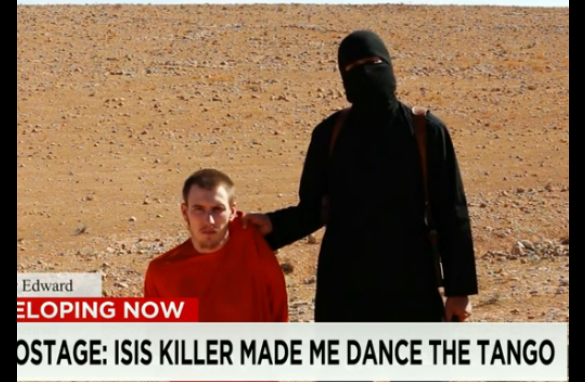 The prominent member of the Islamic State who has at times taunted world leaders in several ISIS videos is believed to have been killed by overnight drone strikes in Raqqa, Syria, according to the Pentagon.

Although confirmation has not yet been made, several news sources have cited the strong possibility that ‘Jihadi John’ — identified by Western officials as Mohammed Emwazi — was killed while riding in a vehicle, according to CNN. The initial statement was released by Pentagon Press Secretary Peter Cook.

The statement from the U.S. Department of Defense reads in part:

Just last month it was reported that a 26-year-old Danish photographer named Daniel Rye accounted a bizarre tale about Emwazi dancing the tango with Rye, telling a news agency, “He picked me up and I had to dance the tango, John and I.” We will update with information throughout the day as it becomes available.

UPDATE – 11:45 A.M. EST NBC Nightly News tweeted out a statement from the Pentagon about how certain they were that the attack was successful:

JUST IN: Pentagon: "We are reasonably certain that we killed" ISIS militant known as "Jihadi John;" will take time to be certain.