U.S. Placed Al Jazeera Reporter on Terror Watch List Because He Was Doing His Job 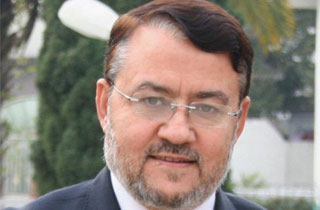 Lindsay Graham’s joke about banning all organizations starting with the article “Al” — as in, Al Jazeera — is probably how the US government designates potential terrorists: a recently-released document from the Snowden files reveals that an Al Jazeera reporter was placed on a watch list for traveling in Pakistan. For work. Because he’s a journalist who covers Pakistan. TERRORIST!

Making matters worse, Ahmad Muaffaq Zaidan happens to be Al Jazeera’s bureau chief in Islamabad, Pakistan’s capital. According to a National Security Agency briefing, obtained by The Intercept, Zaidan is not just an Al Jazeera employee — he’s a member of Al Qaeda, and the Muslim Brotherhood. (Talk about having it all, amirite.)

While the briefing itself “contains no evidence to explain the designation,” the NSA used Zaidan as evidence that its monitoring system, that bulk metadata collection everyone’s flipping out about, actually works. Here’s how it works, and, obviously, it’s super effective:

What is clear from the presentation is that in the NSA’s eyes, Zaidan’s movements and calls mirrored those of known Al Qaeda couriers.

According to another 2012 presentation describing SKYNET [that bulk metadata collection program], the program looks for terrorist connections based on questions such as “who has traveled from Peshawar to Faisalabad or Lahore (and back) in the past month? Who does the traveler call when he arrives?” and behaviors such as “excessive SIM or handset swapping,” “incoming calls only,” “visits to airports,” and “overnight trips”…

The June 2012 document poses the question: “Given a handful of courier selectors, can we find others that ‘behave similarly’” by analyzing cell phone metadata? “We are looking for different people using phones in similar ways,” the presentation continues, and measuring “pattern of life, social network, and travel behavior.”

In short, by trying to get in contact with terrorist leaders and traveling between cities in Pakistan — for work — Zaidan was placed on a watch list because a computer thought he acted like a terrorist.

Zaidan vehemently denied the charges to the Intercept, saying that it was imperative for him to ” be able to freely contact relevant figures in the public discourse, speak with people on the ground, and gather critical information” in order to properly do his job.

“To assert that myself, or any journalist, has any affiliation with any group on account of their contact book, phone call logs, or sources is an absurd distortion of the truth and a complete violation of the profession of journalism,” he added.

Neither the NSA nor the Director of National Intelligence commented for the article. Natch.