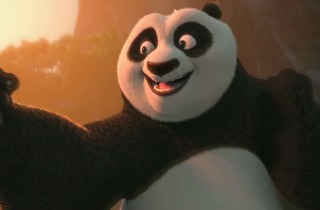 The London School of Economics had to apologize after sending out an email to about 200 students that could have been perceived as racist. A fairly large percentage of the university population is Asian, and the email in question had “Kung Fu Panda” instead of students’ actual names.

A spokesperson explained, “A welcoming email that LSE sent out to some successful applicants contained an error as a result of a technical problem with coding in the database used… The email was sent to all students and did not target students from any particular background.” Okay, so not racist then.

Everyone was addressed as “Aa-Kung Fu, Panda Tiger Test Test,” which some students found a little amusing:

Christy Pang, a history fresher who received the email this week, was left confused. She said: “I thought it was some kind of racist joke at first, but it turned out to be some sort of a test”…

A fresher starting a course in finance, who prefers to be left anonymous, said: “When I first read the email, I was slightly worried that they had messed up my application as it was their first contact with us since the release of A2 grades.

“However, I couldn’t imagine anyone being named Mr Panda Tiger Test Test Aa-Kung Fu, so I ignored it.”

Well, at least they went with the title of a fairly decent movie as opposed to, say, Happily N’Ever After.