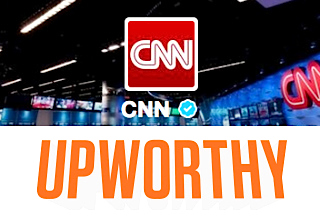 CNN is getting negative attention once again today for sending out a tweet that teases its nearly 12 million followers into guessing which state has the “highest rate of rape in the country.” Imitating the headline stylings of Upworthy and other viral content sites, CNN tweeted, “It may surprise you.” Now, Upworthy editor-at-large Adam Mordecai has spoken out against the approach, accusing CNN of doing it wrong.

Below is the original tweet CNN sent out Tuesday morning:

What state has highest rate of rape in the country? It may surprise you. http://t.co/uYm3NqoLU5

As they did the last time they came under fire for using a similar tactic in regards to a story about a 14-year-old girl who stabbed her younger sister to death, CNN has chosen not to delete the original tweet, but rather defend the approach as a valuable way to draw attention to the important issue of rape:

“Everyone keeps copying us as though every piece of content can or should be treated equally,” Upworthy’s Mordecai told ThinkProgress. “The curiosity gap is just a tool, and one that should be used strategically and tastefully. The casualness of that tweet makes it twice as appalling. It’s not surprising that rape is so prevalent, it’s disturbing and alarming that it’s prevalent all over the country. A surprise is for birthdays. Not this.”