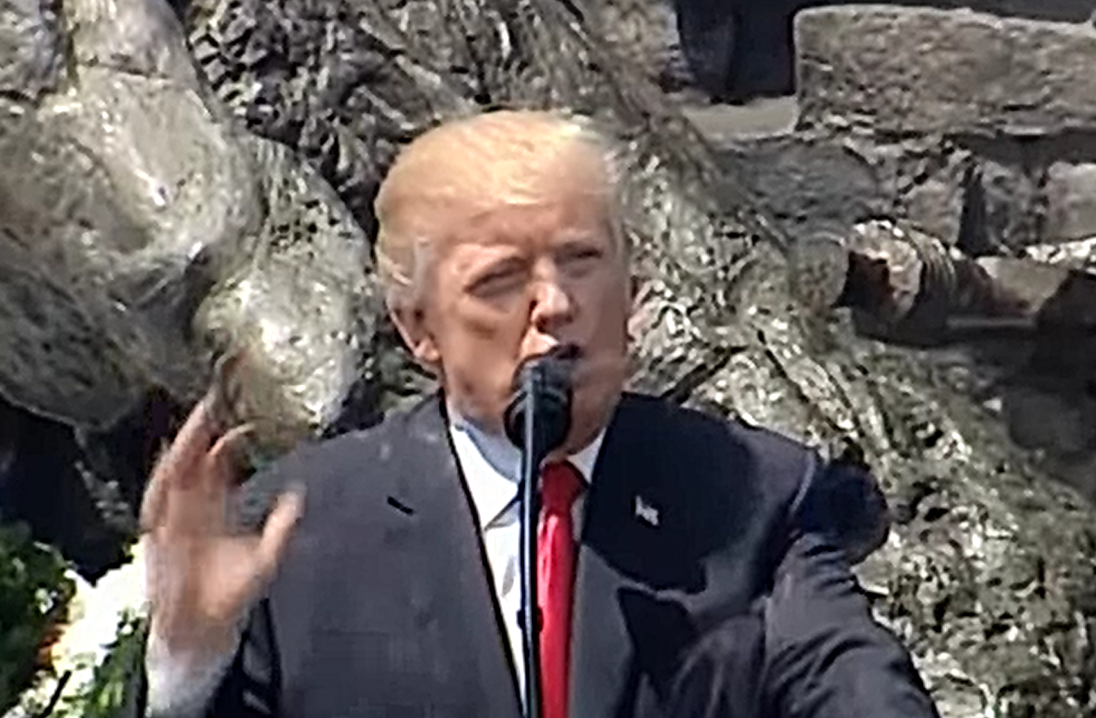 Much like Big Foot, we have all heard tale of the Donald Trump-supporting monsters that were roaming the country in pickup trucks with Confederate flags flying proudly from the roof, wreaking havoc while committing daily horrific hate crimes following the presidential election of 2016.

No one has produced any evidence of such a creature but the stories of first-hand encounters have been limitless. And this legend is doubtlessly a product of another apparition created in the minds of the American left – the dreaded “alt-right”.

The alt-right stepped in to fill the bogeyman void left by the apparent departure of the Tea Party. Remember that dangerous group of old people who sat in lawn chairs waiving tiny American flags who were upset because they thought their taxes were too high because their taxes were too high? They were unsuccessful in destroying the universe but a new villain has risen to take its place.

For those unfamiliar with exactly what the alt-right is, here is a quick definition:

As the left went really far left, the middle went left and much of the right also went left, kowtowing to political correctness and special interests. Those who remained on the right, who still believed in the Constitution, free-markets and yes, American exceptionalism became known as the alt-right.

In a Vox piece titled: “Trump’s speech in Poland sounded like an alt-right manifesto“, author Sarah Wildman laments Donald Trump’s “battle cry — for ‘family, for freedom, for country, and for God'”, in the speech he delivered Thursday morning in Warsaw.

At least two of those words are enough to make any liberal’s head explode.

At one point during the speech Trump said, “The fundamental question of our time is whether the West has the will to survive.”

Wildman took exception with the question claiming, “Trump’s speech used the type of dire, last-chance wording often utilized by the far right on both sides of the Atlantic.”

“With an undercurrent of bellicosity, he spoke of protecting borders, casting himself as a defender not just of territory but of Western ‘values'”, Wildman said.

So what is Wildman’s problem with Trump’s speech?

Wildman, and the left’s real beef with Trump’s speech is not just the words but the fact that Trump has at least made concrete attempts to back up the rhetoric.

In the speech, all Trump really did was repeat talking points by other apparent alt-right-wingers like Hillary Clinton and Harry Reid. But those on the alt-left fear that Trump, who isn’t a politician and doesn’t realize that you aren’t actually supposed to back up the rhetoric, might actually follow through with these promises.

Most presidential speeches are no different that any other presidential speeches that are written by someone else and read from a teleprompter. Typical speeches usually involve the same old, “Freedom is awesome, peace in the world, feed the hungry, we will not waiver, every child must be educated, everyone should have health care, good will prevail blah blah blah.

But Donald Trump is not most politicians and people still don’t know what to make of him when he speaks. Combine that with the fact that he might actually follow through with some of these crazy alt-right ideas like securing borders, vetting immigrants and protecting “Western values” and that drives the left absolutely nuts.