Wall Street Journal Op-Ed Rips Trump: Either Get on Message, or Give the Nomination to Pence

Wall Street Journal Op-Ed Rips Trump: Either Get on Message, or Give the Nomination to Pence 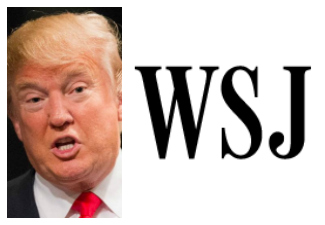 The conservative-leaning Wall Street Journal has put out a stinging editorial telling Donald Trump to either get a grip or get out of the 2016 race.

The piece, entitled “Trump’s Self-Reckoning,” argues that the mogul’s slip in the polls underlies how his bombastic style continues to alienate him from crucial undecided voters. Trump has been warring with and blaming the media for much of the past week, but even though WSJ agreed that there is a liberal bias to the press, it doesn’t excuse Trump from the same challenges that Ronald Reagan, George H.W. Bush, and George W. Bush had to face themselves.

After further critiquing the organization of the Trump campaign’s ground game, the op-ed also seemed to express similar concerns that The New York Times did with how Trump’s staffers have lost hope of making him more disciplined and presidential.

“Trump’s advisers and his family want the candidate to deliver a consistent message making the case for change. They’d like him to be disciplined. They want him to focus on growing the economy and raising incomes and fighting terrorism.

They think he should make the election a referendum on Hillary Clinton, not on himself. And they’d like him to spend a little time each day — a half hour even — studying the issues he’ll need to understand if he becomes President.

Is that so hard? Apparently so. Mr. Trump prefers to watch the cable shows rather than read a briefing paper.”

After naming names of the supporters who enabled Trump, the op-ed continues to say that Republicans who lack confidence in his effort will have no choice but to focus on down-ballot races to keep control of the Congress. With time running out for the general election, the piece concludes by suggesting that one of the most productive things Trump could do is abandon his own effort and let his running mate salvage what he can.

“…He needs to stop blaming everyone else and decide if he wants to behave like someone who wants to be President—or turn the nomination over to Mike Pence.”