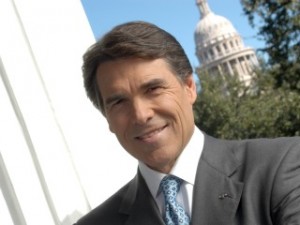 A new Washington Post report about a hunting camp that once (and colloquially, still does) bore the offensive name “N*ggerhead” is raising new questions, fairly or unfairly, about embattled GOP presidential candidate Gov. Rick Perry (R-TX). The article exhaustively details the questions surrounding the camp, and while it contains a denunciation by Perry, it also carries with it the strong suggestion that Perry at least tolerated the name, once painted on a large rock at the camp’s entrance, for a time.

The article is long, at five pages, but to sum it up, Perry’s father, and later, Perry himself, leased the camp beginning in 1983. According to Perry, his father painted over the name during the 4th of July holiday in 1983. There’s a slight contradiction in Perry’s account, as he first said “he was not with his father when he painted over the name but that he ,agreed with’ the decision,” then on follow-up, loosened the time frame, and strongly suggested that painting the rock was his idea:

“My mother and father went to the lease and painted the rock in either 1983 or 1984,” Perry wrote. “This occurred after I paid a visit to the property with a friend and saw the rock with the offensive word. After my visit I called my folks and mentioned it to them, and they painted it over during their next visit.”

The report goes on to quote unnamed sources saying that they had visited the camp with Perry as recently as 1991, while the name “N*ggerhead” was still visible, but the report also quotes some named sources who seem to contradict Perry:

“I remember the first time I went through that pasture and saw that,” said Ronnie Brooks, a retired game warden who began working in the region in 1981 and who said he guided three or four turkey shoots for Rick Perry when Perry was a state legislator between 1985 and 1990. “. . . It kind of offended me, truthfully.”

Brooks, who said he holds Perry “in the highest esteem,” said that at some point after Perry began bringing lawmakers to the camp, the rock was turned over. Brooks could not recall exactly when. He said he did not know who turned the rock over.

The report concludes by saying that, although the sign posted at the camp now reads “Perry’s Camp,” the rock might still be there, literally whitewashed:

As recently as this summer, the rock was still there, according to photographs viewed by The Washington Post.

In the photos, it was to the left of the gate. It was laid down flat. The exposed face was brushed clean of dirt. White paint, dried drippings visible, covered a word across the surface. An N and two G’s were faintly visible.

While the reporting in the piece is solid, there are reasonable questions as to its news value, when compared with its potential to unfairly prejudice people against Perry. At its heart, the story is more about where Rick Perry came from, than about Perry himself. Locals in the piece say odd, dismissive things, like that “N*ggerhead” was “just a figure of speech,” a notion that sounds completely alien to many of us. If you believe Perry, he reacted with decency to the offensive name, although it’s fair to say that an even more decent reaction could have been achieved with a sledgehammer.

But even in the worst possible light, Perry can really only be convicted of a slow swim upstream against the casual racism of his own spawning grounds, rather than a bold leap. The story, perhaps unavoidably, gives a much more damning impression, best summed up by an unnamed local who says he visited the camp with Perry while the offensive name remained:

“We kind of laughed about it,” recalled this person, who said he would probably vote for Perry if he wins the Republican nomination. “My recollection is that it was several years ago. We were laughing because he had it painted. Because it had always been there. You couldn’t miss it, right there at the gate going in. We laughed about, ‘Rick’s covering his tracks.’ ”