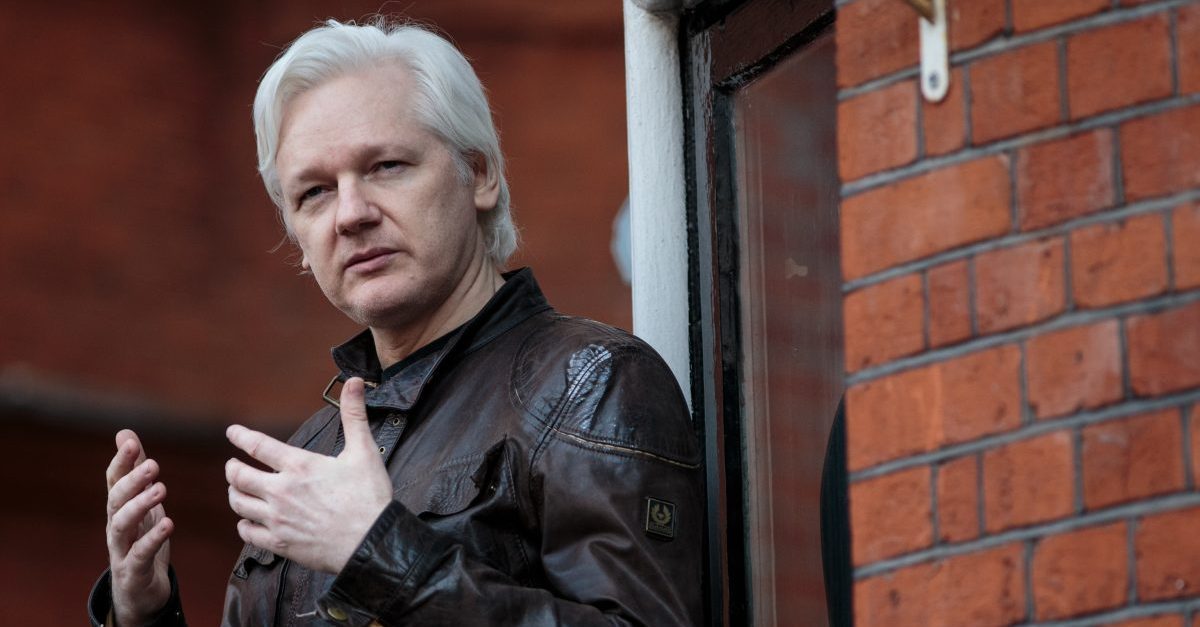 Wikileaks fired back at a bombshell Guardian report that Paul Manafort met with Julian Assange in Spring 2016, calling one reporter a “serial fabricator” and denying the meeting ever took place.

“Remember this day when the Guardian permitted a serial fabricator to totally destroy the paper’s reputation,” Wikileaks tweeted shortly after the publication of the report. “[Wikileaks] is willing to bet the Guardian a million dollars and its editor’s head that Manafort never met Assange.”

Remember this day when the Guardian permitted a serial fabricator to totally destroy the paper’s reputation. @WikiLeaks is willing to bet the Guardian a million dollars and its editor’s head that Manafort never met Assange. https://t.co/R2Qn6rLQjn

Guardian reporters Luke Harding and Dan Collyns wrote exclusively on Tuesday, based on sources, that “Paul Manafort held secret talks with Julian Assange inside the Ecuadorian embassy in London, and visited around the time he joined Trump’s campaign.” The meeting lasted around 40 minutes, a source told the Guardian.

A well-placed source has told the Guardian that Manafort went to see Assange around March 2016. Months later WikiLeaks released a stash of Democratic emails stolen by Russian intelligence officers.

Manafort, 69, denies involvement in the hack and says the claim is “100% false”. His lawyers declined to answer the Guardian’s questions about the visits.

The Guardian also reported on a document from Ecuador’s intelligence service listing Manafort as a well-known guest of Assange’s.

The bombshell news comes as Special Counsel Robert Mueller‘s office accuses Manafort, President Donald Trump‘s former campaign chairman, of lying to investigators after taking a plea deal. Mueller is investigating the Trump campaign’s ties to Russia, and if there were any efforts on behalf of the campaign to aid interference in the 2016 election.