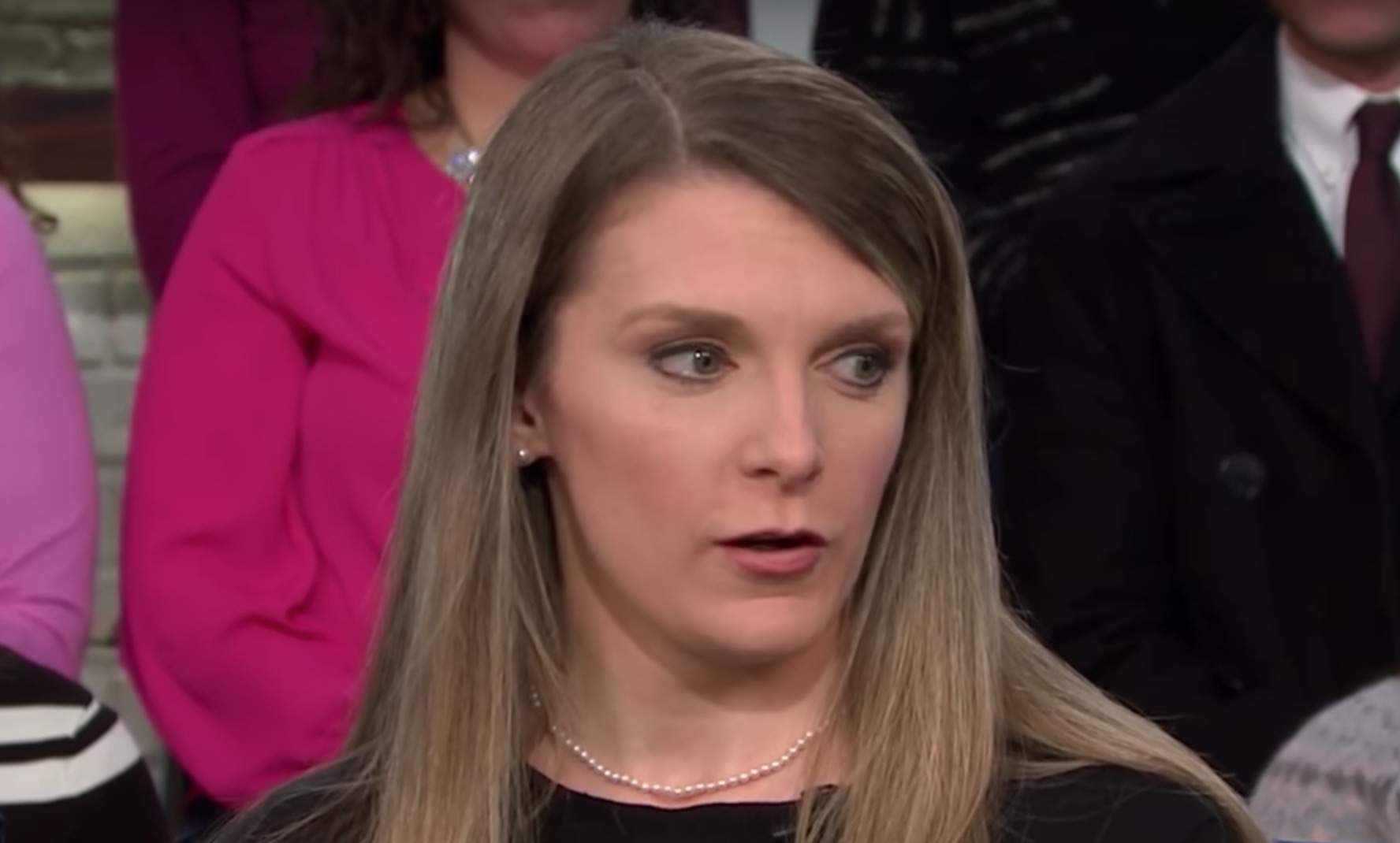 “I can now say with certainty that I am tired of being a Jewish man’s rebellion,” journalist Carey Purcell writes in a Washington Post op-ed, published Monday morning, about dating Jewish men.

“At first glance, I fulfill the stereotypes of a white, Anglo-Saxon Protestant (WASP),” she explains. “I’m blond, often wear pearls and can mix an excellent, and very strong, martini.”

Since moving to New York, Purcell writes that she had “two serious relationships with Jewish men who at first said religion didn’t matter — and then backtracked and decided it did.” And while Judaism is “a religious faith and culture [she has] grown to love and respect,” she blames the religion for the demise of both of her relationships.

Purcell continues that she was considered by her two former lovers as a “last act of defiance against cultural or familial expectations” — as the two men went on to date Jewish women — “the equivalent of a woman dating a motorcycle-driving, leather-jacket wearing ‘bad boy’ before settling down with a banker with a 9-5 job.”

And, in remarkable conclusion, Purcell wraps up the op-ed by revealing a cocktail she’s “determined to create”:

In the meantime, I’ll continue dating and meeting my friends — Jewish and not — to swap Tinder horror stories over drinks, hopefully while sipping the cocktail I’m determined to create, named “A Jewish Man’s Rebellion.” I’d like it to feature a bourbon base and be garnished with a slice of bacon.

The bizarre op-ed — in which the author essentially complains that her two latest breakups were actually the faults of her ex-boyfriends for being Jewish — naturally drew the ire and mockery of Twitter, with many commentators questioning why the Washington Post would publish such offensive drivel:

Insufferable dating testimonials are back only its 2018 so they have to be wildly anti-Semitic too. https://t.co/gOABmHvKwe

“I’m tired of making poor dating choices based on non-shared values and procrastination about tough conversations, but it’s that Jew’s fault” https://t.co/ESM7mfWY5N

Wowww. What is the over/under on how many hours it takes the Post to apologize for this https://t.co/DA3DMVa20y

Which editor at the Washington Post thought that publishing “I refuse to date Jewish men because I believe stereotypes are real” was a good idea https://t.co/U1HsGG4Tue pic.twitter.com/60Q3cU4I6w

Winner of the totally tasteless and bordering on anti-Semitic column award. Kind of surprised the Washington Post published this. https://t.co/87JLtgX7AB

“Guys? I just want to say? That I will, like, NEVER tire of being a Jewish man’s rebellion.” – Me writing in the Washington Post tomorrow, but it’s in curlicue bubbly cursive which is how I read that essay in my mind

I want to give the Washington Post the benefit of the doubt and assume this column by @CareyPurcell was meant as edgy humor, not barely disguised anti-Semitism. But I’m not sure I can. This is a sad moment for a fantastic newspaper. https://t.co/XPMFHJdpnV

I for one, am relieved that The Israelite’s LUST for the Willowy Shiksa is finally being EXPOSED, no thanks to (((the media))) https://t.co/iZKjCbyLJM

ah yes the well known and not at all degrading “why i don’t date jews anymore” coming of age story. thanks @washingtonpost https://t.co/hvdzqSuEWC

I’ve dated two men from Ohio, and let me tell you, I’m tired of being just an excuse for all Midwesterners to say “coke’ instead of “pop” for a while https://t.co/ikDZg87UQ8

wow i am so sorry on behalf of all of us loud, non-pearl wearing jewish slobs who have stolen your nice jewish boyfriends https://t.co/tdmJePD6ym

It’s definitely not super racist and pathologically narcissistic to write an op-ed in a major newspaper about how you’re done dating people of one specific religion, no sirree bob https://t.co/syEJDJJBaK

The Jewish media didn’t want this published, but the jewish media’s overbearing jewish mom made them do it to prove that shiksas can’t be trusted https://t.co/EAyk8uJQJj

If you’ve dated a few people from a given religion and decided you don’t want to do that anymore … maybe don’t write that down and share it with other people? https://t.co/VQMYDihGPd

I dated two humans once and it’s only fish people for me now https://t.co/O1kR1KduQj

babe, i think your boyfriends broke up with you because you’re antisemitic https://t.co/Z3r54yTfPn

The WaPo story about the Christian lady who doesn’t want to date Jews anymore is as weird as I was led to believe. https://t.co/VPKSpFoL4Z

“complete fucking mess of a dating essay that a girlfriend of the writer should’ve stolen her laptop to prevent her from writing” is one hell of a hate-reading category https://t.co/WlGVNOvWRJ

If your largely secular boyfriend doesn’t invite you to his family’s seder, he’s just not that into you, honey. https://t.co/tc3qWTmYmn

Hmm, better publish my thoughts on you people in The Washington Post