Bernie Sanders Pretends to Be on Phone to Avoid Questions on VA Lt. Gov. Fairfax 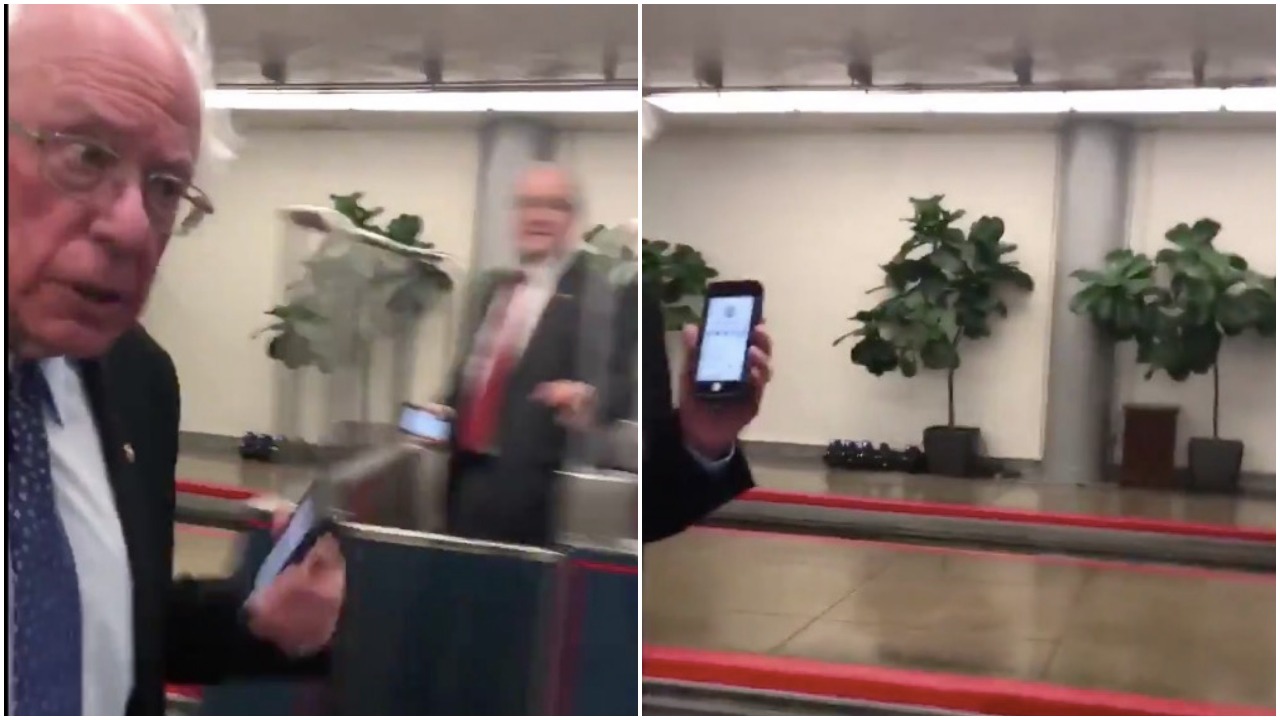 In a video posted on Tuesday, Sen. Bernie Sanders (I-VT) was caught faking a cell phone call in order to avoid answering if he believes the latest accusation of sexual misconduct against Virginia Lt. Gov. Justin Fairfax (D).

In his video, Daily Caller Capitol Hill reporter Henry Rodgers asks Sanders about the allegation against Fairfax as he is walking down the escalator, with his phone to his ear.

“Do you believe Justin Fairfax’s accuser,” Rodgers asked, with Sanders not responding as he appears to be talking with someone. It can be seen, however, he is not on a call.

Bernie is back and and this time he is taking fake phone calls to dodge questions about if he believes Lt. Gov Justin Fairfax’s accuser… WATCH THIS: pic.twitter.com/y6n83qPKit

The video ends with Sanders not answering and still walking away. Rodgers also reported no Democrats has responded to his question about Fairfax’s accuser:

NOW: I have asked around 10 Democratic Senators if they believe Virginia Lt. Gov Justin Fairfax’s accuser. None of them will comment, some say they have not heard the news…

Fairfax has denied harming anyone and says the encounter was consensual.

“Does anybody think it’s any coincidence that on the eve of potentially my being elevated that that’s when this uncorroborated smear comes out,” he asked reporters on Monday.