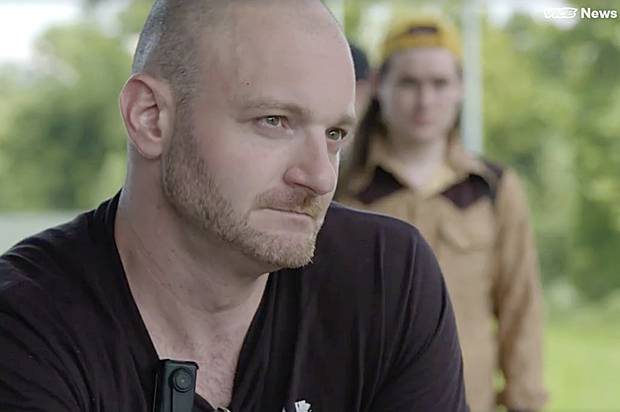 If events in Charlottesville hadn’t been so terrifying, then frankly, on some level, they might have almost had comedic undertones: A mass of infuriated, able-bodied, straight, white males marching in the street to protest the oppression they believed they faced — all of this, taking place in a society where members of the LGBT community can still be fired for their sexual orientation and identity, when women are still facing workplace discrimination and struggling against policies limiting their reproductive options.

The self-centered sense of victimhood among these protesters, just because minorities and women are starting to share in opportunities once exclusively granted to them, is pathetic. And it’s no surprise how one of the white nationalist rally’s most prominent activists in attendance got his start — as a men’s rights activist.

Inflated notions of white victimhood and male victimhood have always gone hand-in-hand. When you’re used to having everything, the idea of no longer having exclusive privileges can feel like oppression.

Christopher Cantwell, who featured heavily in Vice’s documentary on Charlottesville, identified himself as a “men’s rights activist,” and a very active and vocal one prior to the Charlottesville rally.

He wrote for the site A Voice for Men, an outlet meant to encourage and stroke the egos of proud misogynists, that “women the power to have men arrested for anything without any evidence at all,” purportedly referring to survivors coming forward to report rape and sexual assault.

He also wrote about how women “traditionally carrying the role of raising children and supporting the men,” means they purportedly have lower IQs than men, which sounds a little familiar…

Cantwell, who also hosts a talkshow via Facebook Live through which he warns of an impending race war, ran for Congress in 2010 as a Libertarian, and launched the the “Free Keane Squad,” chasing meter maids and harassing them for giving out parking tickets, to promote his campaign.

In his long interview with Vice, Cantell actually critiqued President Trump, who has equated white supremacy with the progressive left, for not being racist enough, stating that he wants someone “a lot more racist than Donald Trump” and who “does not give his daughter to a Jew” — referring to the marriage between Trump’s daughter Ivanka and Jared Kushner.

In either case, as if to demonstrate that his career as a white nationalist and men’s rights activist was all merely some satirical project, he exposed the weak — almost pitiful — nature of an ideology that is so mortally offended by the most minuscule  perceived slights by posting a video of himself crying out of fear of being arrested on social media. Unsurprisingly, the video went viral.

The key takeaway here is that Cantwell’s story, profile, and belief system reflect strongly on the white nationalism movement as a whole — one that craves attention and will do anything, including posting weepy videos on social media, to get it. One that unapologetically owns its racism, one that attacks the purported weakness of marginalized people, all while refusing to acknowledge the cowardice of a movement that thinks social equity is oppression.