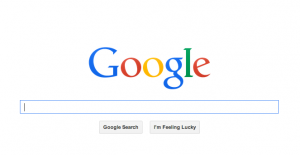 Last week, a then-Google employee’s “manifesto” against diversity and inclusion in STEM drew sharp criticism and eager applause from the outlets you’d expect. But Google’s decision to terminate the employee, reported by Bloomberg on Monday, is drawing controversy from both sides.

James Damore, the Google engineer who wrote the manifesto, confirmed his dismissal in an email to Bloomberg stating that he had been fired for “perpetuating gender stereotypes.” Damore additionally told Bloomberg that he is “currently exploring all possible legal remedies.”

Of course, firing someone on the basis of their beliefs is inherently controversial. But when all things are considered and put into context, Google made the right decision, and anyone who continues to stand by Damore and his backwards views clearly has a lot to learn about the issue of gender and STEM, and gender and the workplace in general.

In his memo, Damore suggested that the gender gap in STEM is due to the biological inferiority of women, who are just inherently born less smart and less capable than their male counterparts.

“We need to stop assuming that gender gaps imply sexism,” he wrote.

He added: “Differences in distributions of traits between men and women may in part explain why we don’t have 50% representation of women in tech and leadership. Discrimination to reach equal representation is unfair, divisive, and bad for business.”

This gender gap has nothing at all to do with generations upon generations of gendered barriers to access education and join the workforce, of course. And these gender gaps in lucrative fields, and the wage gaps that stem from them, are all fair because women are just inferior, period. That’s Damore’s hot take, at least.

Across all fields, today, the gender wage gap continues to exist despite modern laws meant to prevent it, and this is largely due to cultural biases that can’t be legislated away. Maternal leave policies enforce gendered expectations and severely limit working women’s opportunities for advancement, and subliminal and overt discrimination in perceptions of who is more experienced and authoritative do the same. Meanwhile, cultural forces and limited female role models in STEM jobs subliminally pressure women to enter lower-paying fields.

In the 21st century, as the STEM field has become one of the highest paying lines of work, it’s also become hotbed for sexism — notably in the form of workplace sexual harassment and even assault. Roughly two-thirds of women in STEM reporting harassment or assault in the workplace; many of these women have little choice but to quit their work, unable to find help and support to deal with sexual abuse in male-dominated workplaces, where it’s predominantly men who are in positions of power to decide who stays and who goes, what’s acceptable and what isn’t.

In writing the “manifesto,” Damore may have been practicing his right to free speech, but in the STEM field, where women are sidelined, belittled, excluded and harassed as is, the sexist tirade was a direct attack on the already fragile world women in STEM are forced to exist in.

By keeping Damore on board, Google would have been validating, even legitimizing his views, and telling its female employees, telling female computer science students, telling young girls across the country that the idea they are inferior is a perfectly OK view to have.

Additionally and more to the point, every day, employees are fired from jobs for harassing women or uttering racist, exclusionary commentary that sharply contradict a company’s values and mission statement.

That’s not excessive “political correctness” — that’s called running a company. Because in today’s world, running a successful company requires more — so much more — than hiring entitled white men and looking away as they say and do whatever they want at the expense of everyone else. In today’s world, running a successful company means establishing an environment where everyone, no matter their identity and background, feels welcome to share, create, and produce.

Inclusivity is a cornerstone of the STEM field not because of “political correctness” or ideological purity or any other reason the right would like to name — it’s a cornerstone of STEM because inclusivity is what yields the best collaborations and the greatest innovations. To suggest that women and people of color are only being included because of “political correctness” and not merit isn’t just offensive, it’s factually inaccurate.

And, on that note, Damore’s assertion that women aren’t in STEM because they’re incapable is wrong, but frankly, the idea that women aren’t in STEM because of active choices they’re making is wrong, too. There are far fewer female role models working in STEM jobs due to sexism of generations past; women comprise just 24 percent of the STEM workforce as of 2009, and so it may be difficult for young women to picture themselves in this line of work. On the other hand, adolescent boys have no shortage of men working in STEM jobs to identify with and aspire to be. Encouraging “manifestos” against women in STEM by doing nothing to fight them establishes hostile work environments which push women away, and discourage young women from getting on board and contributing.

Of course, at the end of the day, it would be a mistake to regard this issue of STEM and gender as one exclusive to Google. Bloomberg’s report also featured this haunting note —

The imbroglio at Google is the latest in a long string of incidents concerning gender bias and diversity in the tech enclave. Uber Technologies Inc. Chief Executive Officer Travis Kalanick lost his job in June amid scandals over sexual harassment, discrimination and an aggressive culture. Ellen Pao’s gender-discrimination lawsuit against Kleiner Perkins Caufield & Byers in 2015 also brought the issue to light, and more women are speaking up to say they’ve been sidelined in the male-dominated industry, especially in engineering roles.

But ultimately, Damore may have been right about one thing: STEM is a difficult place for women to be right now. However, that’s not due to shortcomings on their end, so much as it is to shortcomings in the characters of the men they’re forced to work with.