What Took You So Long? Obama Meets With Privacy Board To Hear Concerns Over NSA Surveillance
video

What Took You So Long? Obama Meets With Privacy Board To Hear Concerns Over NSA Surveillance 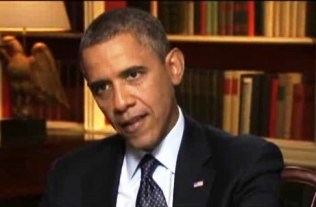 If President Obama meeting with an independent board dedicated to protecting Americans’ privacy and civil liberties today makes you feel better about the ever-expanding NSA scandal, wake up and smell the public relations. The president has been insisting there has been plenty of government oversight and reassuring the public the FISA court is transparent (the latter being such an obvious lie), and it’s almost like every time Obama or someone else in his administration says something, new information comes out to contradict it. Obama’s meeting with the Privacy and Civil Liberties Oversight Board today is notable for two reasons: 1) we now know there is such a thing as the Privacy and Civil Liberties Oversight Board, and 2) before today, the number of times Obama had met with this board is zero. Zilch. None.

What took him so long?

Before we get to Obama finally being forced to meet with this board, we need some background on the board itself. The first time the Privacy and Civil Liberties Oversight Board ever officially met during the Obama administration was the week before Election Day 2012. Want to take a guess how long it had been since their last meeting? Five years.

Years ago, the NSA used to be referred to as “No Such Agency” because almost no one knew of its existence; it appears the same could be said for the privacy board that no one knew about until today. Reason’s J.D. Tuccille has the best and most vivid analogy for this: “It’s a lot like a serial philanderer caught in flagrante delicto dropping his butt into the front pew at church after a very long absence.”

There are so many problems with this, but rather than go down the list of each and every one of them, I’ll just show you Jake Tapper providing some important history on this supposedly independent and important board that Obama’s “dragged his feet” on.

You’ve go to admire Tapper’s remarkable restraint in reporting all this with a (somewhat) straight face. He’s right in pointing out that the board has no official website. The closest thing they have to one is a section on the website of the Federal Register, a daily journal for the government.

Oh, and by the way, the head of the board was supposed to be voted on by Congress last year was delayed in the Senate. Because of principled opposition and encouragement to start a debate on these important issues? We may never know, but the prevailing theory at the time was that Republicans delayed it just in case Mitt Romney won so he could appoint his own guy.

But back to the main point. Here are the questions we need answered:

Members of Congress and the administration can’t just keep reassuring us that plenty of oversight has been in place when the institutions that are supposed to be conducting oversight are not fully informed about what the hell’s going on. And when you only decide to meet with a civil liberties board after these programs are leaked and after not giving it much thought during your first term, you are really, really not allowed to keep touting how transparent you are.