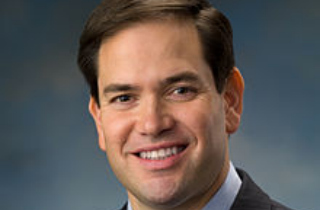 Marco Rubio is a U.S. senator; he is also a U.S. senator and a supposed proponent of limited government. You’d think the latter would go hand-in-hand with an understanding of the difference between government force and voluntary human choice, but apparently not.

On Wednesday afternoon, Rubio tweeted out his bewilderment that some of the same people applauding CVS’s decision to cease selling tobacco products are also advocates for legalized marijuana:

Many of the same people applauding #CVS for not selling tobacco are ok with making it easier to buy and smoke pot. #makesnosense

Except it does make sense.

There’s an explicit difference between coercion and choice. CVS willingly, without the coercive mandates of government, decided to frown upon tobacco use and remove it from their stores. They may ultimately suffer financially from cigarette smokers who patronize other shops, but that’s the risk CVS has willingly taken.

-RELATED: FBN Hosts Call Out Conservative Columnist for Supporting Liberty on Guns but Not Weed

People of all political stripes who find cigarettes to be harmful can praise CVS for taking such a risk and still remain in favor of legalizing marijuana, another potentially harmful product. Why? Because praising a company for voluntarily deciding not to sell so-called “bad decisions” to its consumers does not mean you believe those individuals shouldn’t also have the right to make a bad decision like smoke cigarettes.

Even us libertarian stalwarts of limited government can praise CVS’s decision if we so choose, because as The Federalist’s David Harsanyi so eloquently wrote: “You can celebrate freedom without celebrating all the dumb things people do with it.”

In other words, you can be anti-smoking and not believe the government needs to forcefully do anything about it.

This is a fundamental concept social conservatives like Rubio often miss: Finding a non-violent, consensual activity (drugs, alcohol, adult sex work, gambling) to be icky and/or sinful does not mean you must support government banning that activity.