White Americans Are Biggest Terror Threat in U.S. Once You Exclude The Death Of 3,000 Americans 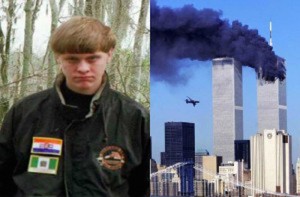 A running count of terrorist attacks from the New America Foundation finds that white right-wing Americans are actually the biggest terror threat to the United States once you choose to ignore the 2,977 people murdered by jihadists on September 11, 2001.

The Soros-funded New America Foundation doesn’t give an explanation for why they only list post-9/11 terror attacks, other than the fact that it allows for headlines like “White Americans Are Biggest Terror Threat in U.S.”

It’s often extremely difficult to give tallies of terrorist attacks, given that what exactly constitutes terrorism is heatedly debated by the public and academics alike. Take the recent Charleston shooting, which New America puts on its list as a terrorist attack, but the U.S. government does not consider terrorism. By comparison, missing from the list is the murder of 2,977 people by Al-Qaeda on September 11, 2001.

Also missing from the study is any sort of recognition that whites make up 77% of the U.S. population, while Muslims made up less than 1%. That means Muslims commit terrorism at much, much higher rates than whites, even once you choose to forget that one thing we all promised to “Never Forget.”