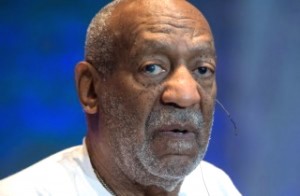 This article comes from the editorial staff of LawNewz.com, a new Abrams Media website covering law and crime launching next week.

Dozens of women have come forward with allegations that entertainer Bill Cosby sexually assaulted them. Rumors of abuse have been swirling for years. But so far, Cosby has only been charged criminally in ONE case—out of Pennsylvania.  And now, that very case against him may be falling apart.

Let me explain why – and it is not about whether Cosby is guilty or innocent of the charge. It comes down to a PROSECUTORIAL PROMISE. Apparently, the former Montgomery County district attorney, Bruce Castor, made a promise not to charge Cosby back in 2005 with this crime.

As we here at LawNewz.com predicted, evidence of this promise could derail the prosecution’s case. And now we have it. An email, first obtained by CNN, reveals details about the verbal agreement. The email was reportedly sent three months prior to Cosby being charged with aggravated indecent assault. Castor (the former DA) sent it to his successor (Risa Vetri Ferman).

In the email, Castor writes that his intent in making the deal was to create an atmosphere in which Cosby accuser Andrea Constand would have the best chance of prevailing in her civil suit against the 78-year-old comedian by removing the prospect of Cosby invoking his 5th amendment right.

Okay, fast forward to December when Cosby is charged. Kevin Steele, a new district attorney, is about to take office. (He was DA-elect in December.). (Steele strongly criticized his opponent Castor for not pressing charges during their bitter campaign for DA).

At the heart of Steele’s criminal case is that civil deposition, which is referenced in the email. During his testimony, Cosby admits to various sexual encounters with women including giving them prescription Quaaludes.(Cosby claims they were all consensual).  Pretty damning evidence.  But here’s the problem: can the prosecutor (Steele) use that evidence at trial to prove Cosby’s guilt? Most likely not.

“The bottom line is if it’s true that Bruce Castor made a promise not to prosecute, then it should be binding on the new district attorney,” said Beth Karas, LawNewz.com’s Editor-at-Large. “If the court doesn’t dismiss the charges, then it should grant the defense request to disqualify the Montgomery County District Attorney and tell prosecutors they can’t use Cosby’s testimony from the civil proceeding or any leads derived from it.”

Andrea Constand, who was a Temple University basketball manager, told police in 2005 that Cosby drugged her and sexually assaulted her in his Pennsylvania home in 2004. In a press release from the time, Castor said there was not enough evidence to charge him, but “cautions all parties to this matter that he will reconsider this decision should the need arise.”

However, Cosby’s attorneys say he ONLY agreed to testify in her sexual assault civil case against him based on Castor’s promise of non-prosecution. That makes sense because you would expect, at the time, if Cosby’s attorneys thought he might be charged criminally in connection with that case, that they would have advised their client to invoke his right not to incriminate himself.

So assuming that the deposition can’t be used against Cosby in a criminal case: Do prosecutors have enough OTHER evidence to convict Cosby? What’s left?

“They still have his interview with police back at the time of the allegations where he admitted to almost everything but the quaaludes. And they have the other women’s allegation that will likely be admitted as similar conduct,” criminal defense attorney Page Pate told LawNews.com.

But, without Cosby’s critical testimony for the civil proceeding, there is no doubt the case against him will be much harder to prove.