Why Conservative Comedy Doesn’t Work And Likely Never Will

Why Conservative Comedy Doesn’t Work And Likely Never Will 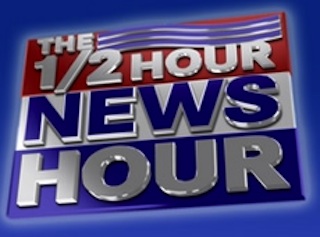 For the past 21 months (whoa!), I’ve been writing here at Mediaite, and throughout that period, there’s been one conversation that I feel like I’ve had more than any other. For nearly two years now, I’ve debated the same question over over again, with people here and in my daily life; Why doesn’t conservative comedy work?

I’ve mentioned this topic before, but recently, I’ve really been thinking about it a lot. I think part of this has to do with the fact that I’ve been watching The B.S. of A.. While that show has taken great pains to make clear that they’re not just a “conservative comedy” but an equal opportunity offender, people still rushed to call it an anti-Daily Show. Why? Because there isn’t one, and despite some (sad, pathetic) attempts, no one’s really even tried. Why is that?

Personally, I find this a fascinating subject and, over all this time, I’ve come up with some theories. I want to stress that again. More than probably anything else I’ve written here, this is just a theory I’ve come up with for a perplexing issue. I assume that many will disagree, and I welcome that, and their opinions (as long as you’re not jerks about it).

Obviously, there has been some successful conservative humor in the past, just not much. So that means it’s not impossible. However, I think it is, to an incredibly great extent, more difficult than liberal humor. And this is why I think that is…

To start, one of the most important rules of comedy is that it’s always easier to make fun of the guy with power than the guy without. This is especially true in American comedy, since we as a people hold such an affinity and respect for underdogs. For every one joke, sketch, or sitcom about a competent boss with incompetent employees, there are 50 jokes that are the exact opposite. We like seeing authority figures look foolish, and we don’t like making fun of “the little guy.” This paradigm puts conservative comedy at a disadvantage from the beginning (and, again, I’m speaking primarily about Social Conservatism). I’ll try to explain why.

Whenever I tell a joke, it can typically be separated into one of two categories. I’m either telling a joke about me (“I’m the worst because I’m always…*blank*”) or I’m telling a joke about the world around me (“Whenever I try to *blank* I’m always impeded by…*blank*). Nearly all comedy with a political bent is the latter. However, all comedy that is about the “Other” instead of the “Self” is about pointing out problems with the way the world is now, the status quo. It’s pointing out ways things need to change or, to put a finer point on it, progress. And that means it’s attacking those that have the power now, and arguing that they need to change.*

*Of course, there are seeming exceptions to this. All humor about technology tends to be about how things are changing for the worse instead of the better. Take for example every joke about silly cell phone apps or airport security. However, while these jokes are about the ways progress has been bad, even they’re still, in essence, mocking those in power ie. the corporations selling the apps and the TSA.

Social Conservatism, by its very definition, is about keeping the power where it currently is. American Social Conservatives want Christianity to REMAIN the dominant religion. They want heterosexuals to REMAIN the only ones allowed to get married. This doesn’t work well with comedy at all because it’s all about hurting “the little guy.” By that, I don’t mean that gay people are all rich, obviously, but by being a minority (especially one that has been horribly oppressed by the majority), that makes them the group without the power.

Let’s use gay marriage as an example of a topic a socially conservative comedy show might parody. Now, lets use my grandparents as an example of typical American audience members. My grandparents are from an older generation, and are therefore (I’m fairly sure) uneasy about the idea of making marriage be anything other than just between a man and a woman. Thus, they would agree with the basic premise of this comedy sketch; that gay marriage should not be. However, comedy typically requires a more specific target that just an idea (gay marriage), so a comedy sketch about this topic would probably include satiric representations of gay people (who, remember, are the people without the power). Once you have this, the sketch starts seeming anti-gay instead of merely anti-gay marriage and, as soon as that happens, my grandparents are right out and changing the channel.

There are probably ways to make jokes saying that gay marriage is wrong without saying gay people are, but it’s much, much harder.

It can’t be stressed enough how important the idea of power is to all of this. The Tea Party movement made this clear. Now, here was a conservative movement, but one that was made up of regular people going up against powerful politicians. Because of this, they were now “the little guy,” and that put Liberal comedians on the opposite footing than they’re usually on. When someone like Bill Maher mocked average Tea Partiers, he sounded just as mean-spirited and cruel as a hacky stand-up doing a mosque joke. That’s why there was so much focus on the racial tinge of the Tea Party. It’s easy to make fun of racist white people since whites have the power. It’s not so easy making fun of some grandmother who just doesn’t like losing all her money to unnecessary taxes.

I keep mentioning that I’m speaking primarily about Social Conservatism, so lets explain why. Fiscally Conservative ideology is anti-Big Goverment, which meshes perfectly with American humor. Clearly, the government has power. Therefore it’s easy to make fun of governmental waste and bureaucracy. That’s why one of the only successful American humor show with any conservative bent has been a show run by Libertarians; Fox News’ Red Eye.

Unfortunately, there are only about 225,000 registered Libertarians in the country. That’s 0.24% of the population. So, if someone were to try and make a mainstream conservative comedy show, there’s a good chance some Social Conservatism would slip in. And, as we’ve acknowledged, Social Conservatism is the death of comedy.

One day, there will be a truly zeitgeist-busting piece of conservative comedy. However, it’s unlikely that there will ever be the absolute wealth that there is of liberal comedy. Sure, there are successful and funny conservatives. Many people (myself included…occasionally) find Rush Limbaugh hilarious. But what makes him funny is you can tell that he knows the Socially Conservative are extreme and are purely designed to piss off (powerful) people. I mean, there’s a reason that even the entertainment wing of Rupert Murdoch’s Newscorp (Fox Entertainment) produces some of the most left-leaning comedies on network television like the Seth MacFarlane shows. It’s because those are just the shows that work. Conservative comedies aren’t impossible but, as I hope I’ve helped demonstrate, they’re really, really, really, really hard.

Again, this is just my theory and I mean it as the beginning of a conversation. What do you all think?