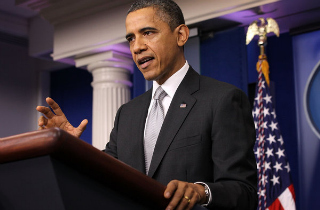 Note: This post was originally published on January 16, 2013.
— —
Over 20 years ago, back when I was just a naive law student I wrote a law review article about a topic being widely debated today, assault weapon legislation. I took the position that it was entirely constitutional and, in fact, necessary. Since that time, assault weapon legislation has come and gone, and the U.S. Supreme Court weighed in on the topic in District of Columbia v. Heller (2008), ruling that there is a constitutional right for an individual to own a handgun. While that certainly did not negate all gun control laws, it was a definitive and I believe disingenuous constitutional ruling for many of the reasons I laid out in the article years earlier.

I don’t necessarily subscribe to every single point made in my youth about the impact gun control laws can or do actually have, but I stand by every word of my constitutional analysis that the Second Amendment was never intended to protect an individual’s right to own a weapon. Consequently, Heller is an almost indefensible ruling. That however, doesn’t mean that any particular legislation should be passed and regardless, Heller is the law of the land. But an opinion as tortured as Heller shouldn’t lead a former law professor like President Obama to embrace the Second Amendment crutch by saying: “Like most Americans, I believe the Second Amendment guarantees an individual right to bear arms.” Most Americans do believe that, but I wonder if that would be the case if they knew more about it. (Yes, I know there are some who have studied it who disagree and I addressed them in my article).

So for posterity sake here is that article I dug up from the archives. It’s on the Internets!