Why I Still Can’t Support Trump: The Arguments to Do So Make No Sense
Opinion

Why I Still Can’t Support Trump: The Arguments to Do So Make No Sense 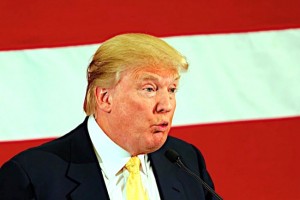 In a normal world, as a conservative who has been a long-time vocal critic of both Hillary and Bill Clinton, I should have reserved my ticket on the “Trump Train” long ago. In fact, from a purely statistical standpoint, I am almost the quintessential Trump voter.

After all, I am an “angry” middle-aged, white, male who has disdain for the news media and believes that political correctness has destroyed our country. I host a nationally-syndicated radio show on stations where most of the listeners are Trump supporters. I was even a regular viewer of his TV show Celebrity Apprentice and I spoke with Trump backstage at NBC’s Today Show, after which he sent me a personal note supportive of my work on the Penn State “scandal.”

Other than not being “poorly educated,” on the Trump payroll, or working for Breitbart.com (wait, that list may be redundant), I doubt there would be a way for me, at least on paper, to be more likely to support his presidential campaign.

But I simply can’t.

This is NOT, as some have speculated, because I have been extremely outspoken on this website about how Trump was the wrong GOP choice because he will lose to Hillary and that I don’t want to admit I was wrong. It is also not because I am a “sore loser” still upset that my choices Scott Walker and Marco Rubio were rejected (for the record, I strongly supported Fred Thompson in 2008 but was a delegate to that GOP convention on behalf of John McCain).

I am someone who, often against my own self-interest, believes deeply in principle, truth, and in what is best for the country. Therefore, it is simply currently impossible for me to support someone for president who I don’t believe shares my (or really any!) values and who is not remotely fit for the office.

I believe that the evidence is overwhelming that Trump is truly a conman who only cares about Trump. His entire career has been based in the myth that he is a business wizard, a fraud which he has perpetrated with the smoke and mirror tactics of a tacky magician. The ultimate proof of this is the nonsensical verbal gymnastics in which he has engaged (and the news media has largely let him get away with) to somehow justify not releasing his tax returns.

As far as Trump’s positions on the issues, if I wanted to I am sure that I could find something with which I agree with him on almost every topic (this phenomenon appears to be the key to his appeal among those who will only believe what makes them feel better). The problem is that I could also easily discover a stance on every subject where I vehemently disagree with him. The worst part is that it is the things he said before running for president, which would seem to be him at his most sincere, that I find to be the most objectionable.

But the primary reason that I can’t make myself get on the Trump Train is that I believe that he is just uniquely unqualified for the position. There are a lot of different qualities which I look for in a potential president. A person’s political positions and how they have lived their lives are obviously key qualities when evaluating an “applicant” for the most important job in the world. However, those are “trumped” by how confident I am that their essence as a human being is conducive to the unique circumstances of that position.

This is where Trump becomes permanently disqualified. We have had egomaniacs and narcissists in the White House before (including right now), but no one who remotely compares to Trump. He sees the entire world only through prism of what is good or bad for him at any particular moment. Nothing else matters. This became most obvious when he decided to praise Vladimir Putin simply because the Russian leader complimented him.

I’m sorry, but our president cannot be shifting positions on vital issues based on nothing but whether a country’s leader has recently (meaning the last few days) kissed his ass or not. He is just far too emotional for me to ever trust as our president, especially with major military decisions.

For me, the most personally excruciating aspect of being asked to support Trump is the requirement to abandon any and all pretense that truth remotely matters. As his campaign’s delusional, Orwellian, response to the current controversy over the obvious plagiarism in his wife Melania’s convention speech shows, in “Trump World” the truth simply has absolutely no meaning (making his brand as a “tell it like it is” candidate particularly nauseating).

I have endured many insults and lost some of my most ardent supporters because of my heavy criticism of Trump, but none of the arguments they have made to try to change my mind have made much sense to me.

The most common, of course, is that, no matter how horrible Trump may be, Hillary Clinton is much worse. Being a realist and knowing that no candidate is ever perfect, the “lesser of two evils” argument would normally be powerful to me. However, I fail to see how it is clear that Hillary would indeed be worse.

Sure, Hillary is definitely a corrupt liar with whom I disagree on almost everything and who has never accomplished anything of note. But so is Trump! The only difference I see, for sure, is that Hillary at least knows the basics of the job (you know, like countries, world leaders, and that kind of stuff) and seems to at least be “qualified” for the position. In a major crisis I honestly would, as much as it pains me to say it, have more faith in her than in him.

The underlying premise of this line of “reasoning” is especially hilarious given that it has been made most vigorously by my old pal Sarah Palin, who did absolutely nothing to help Mitt Romney in 2012 and who endorsed a non-Republican for governor of Alaska against her former Lt. Governor. The idea that putting an “R” next to the name of a life-long Democrat is the only legitimate reason to support them is just ludicrous. This is especially so when, if he somehow got elected, real Republicans would end up getting the blame for all of his mistakes. At least if/when Hillary wins, it is the Democrats who will have full culpability.

Then, there is the ultimate fallback of the Trump-backer: “What about the Supreme Court?!” I love this one because the premise here is that we should put all of our eggs into the one basket which Trump barely ever mentioned until the death of Antonin Scalia forced him to do so. Not only is this a subject that Trump has never shown any real interest in, but he is an outspoken supporter of eminent domain and curtailing the First Amendment (at least when it suits his own self-interest).

While I am someone who absolutely agrees that these next Supreme Court picks are critical to our future, Trump is almost literally the last person not currently identified as a Democrat who I would like to make those choices. The bottom line is that I am unwilling to give up all my principles to help a man who chose Arsenio Hall and Piers Morgan as the winners of “Celebrity Apprentice” make those selections (plus, I don’t think he can win, so it would be a futile effort anyway).

I simply have no reason to trust Trump on this topic. But what really gets me about Trump supporters pounding this subject is the fact that if this was really ALL about stopping Hillary from making Supreme Court picks (I agree that it should have been), then why the hell didn’t we simply nominate someone who was both electable and more trustworthy on the issue? Hell, Marco Rubio would have been up by 5-6 points right now!

I want to be clear that, while I can’t get behind Trump, I would never support Hillary either (I live in California so my vote is already irrelevant). Instead I see this presidential election much like I viewed those old Steeler vs. Cowboy Super Bowls as a kid growing up in Philadelphia. No matter how hard I try, there is just no one I can really root for.

Having a strong Libertarian streak in me, I will likely vote for Gary Johnson. Even though he can’t possibly win, at least that will allow me to sleep at night. Since Trump claims he doesn’t even need the support of people like me to win, I’m sure he won’t be losing any of the three hours a night he normally gets either.